The Bradentucky Bombers Kick Ass and We Got the Pictures To Prove It!!! 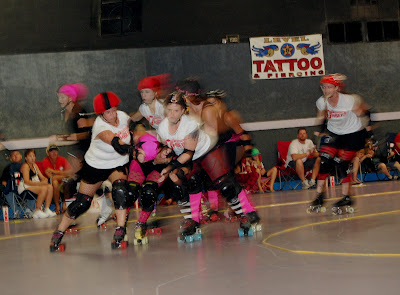 As loyal Troll readers know the Bradentucky Bombers are the ORIGINAL roller derby league of the Sun Coast. 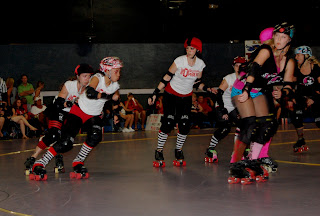 From Parrish to Venice and everywhere in between. 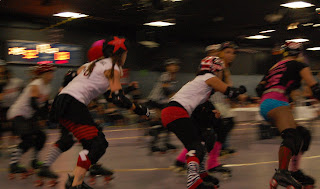 Recently an upstart league began play out of Sarasota, Florida. The town which borders Bradenton, AKA Bradentucky. 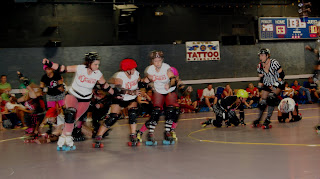 The 2 teams met several months back in Bradentucky and the result was a huge win for the Bradentucky Bomber's Nuclear Bombshells. 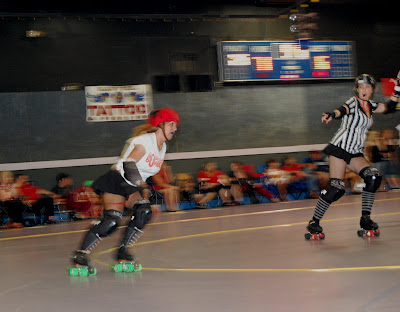 On Saturday August 7 the two teams met again, this time in Sarasota. 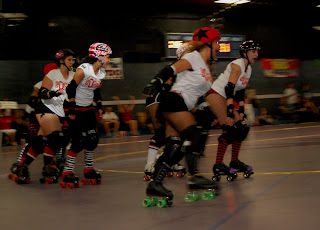 The Sarasota Roller Girls billed this bout the "Big Payback". 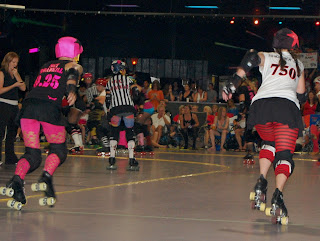 I don't know what the payback was, but the end result was another big Bombshells win. 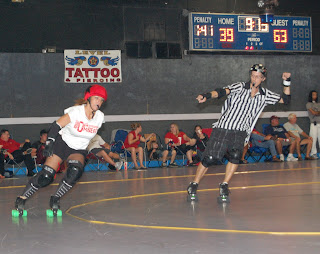 It was Malice in Rollerland's (29th?) birthday and she celebrated by scoring at will all night long and winning top jammer honors. 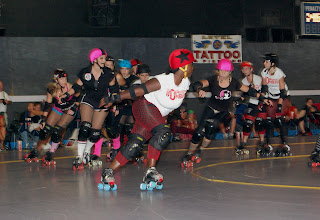 Hell, even unlikely jammer Blaque Jac was lapping the competition and scoring 21 the hard way! 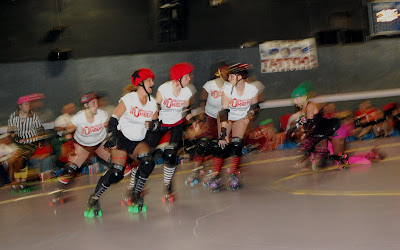 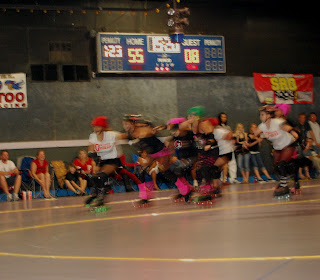 The scoreboard at their rink only showed two digits so if you look in the background, please know that the score was 108-55 at that point. 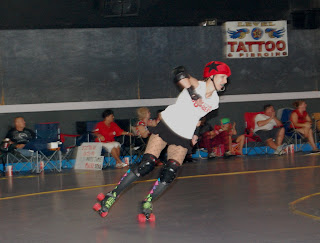 Just wanted to show off some pics and give props to my ladies. In the pics the Bombshells are in white. These aren't the best photos in the world, but they do show the dominance. 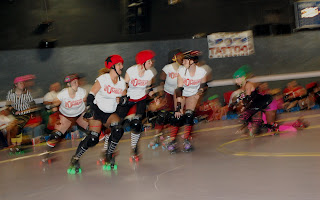 These are action shots of a 5 on 5 bout and when you see nothing but white, you know there is a trail of SRG behind them somewhere. 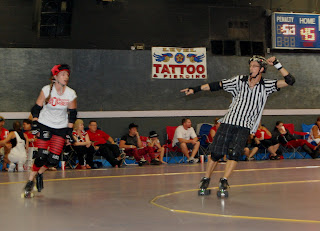 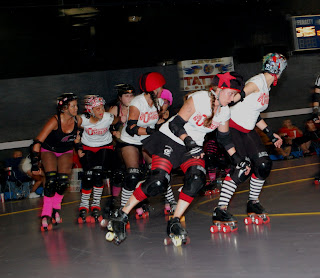 Oh, by the way, the Legendary Esther Gin N Juice did skate a little bit in this one and yes that sign from the ref means she is the LEAD jammer. 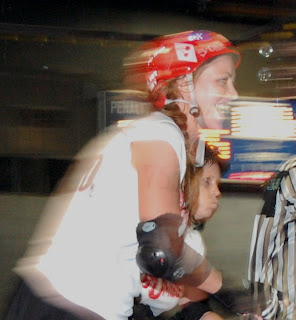 Her winning smile says it all. 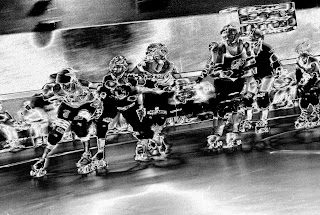 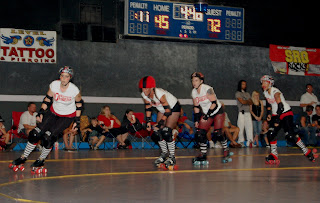 Case closed. For those inclined, our next home bout is on September 5th. You should be there regardless of geography. Like I said, the Bombers rule - it's worth the trip. Go Bombers! Go Rays. Out.
Posted by Collective Troll at 2:34 PM