Doesn't ANYBODY Like Blake DeWitt??? Plus MORE Trade Bait! 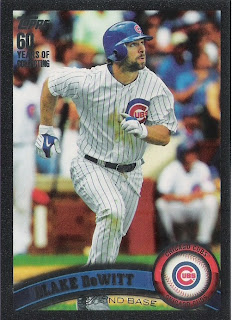 Thanks to BA Benny my list has been trimmed down to just 22 cards! The 2011 Topps list is up-to-date right HERE. The person I split the 2 hobby boxes with was a Rays fan, too, and he took ALL of the Tampa Bay Rays base. Many of the cards on my needs list are Rays, but on the list or not I still need a copy of ALL the Series 2 Rays for my team sets…

I just finished putting everything into their binder – what a way to spend the morning, seriously, I LOVE putting a set into a binder! I have complained about Topps collation before, but after 2 hobby boxes I had 90% of the base set. That isn’t too bad… I hope I have the same luck when I crack open my piggy bank so I can crack open a box of Allen and Ginter.

Anyway, I had posted some 2011 Topps trade bait parallels. I had 1 short print variation – of Andre Dawson. I had no less than 11 e-mail offers for that card. Beyond that there wasn’t too much interest in anything. Seriously, doesn’t anybody like current Cubs second baseman Blake DeWitt? His black parallel, card 628 is numbered 13/60 AND it is still available. The former first round pick is batting .263 for the Cubbies this year…

Also available from 2011 Topps are these GOLD parallels… 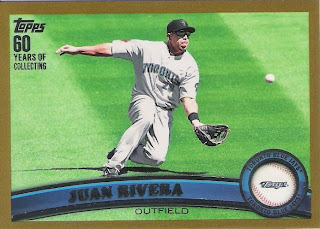 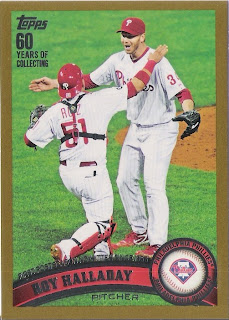 Card #359 of Phillies pitcher Roy Halladay shows Mr. Halladay about to receive the celebratory hug from Carlos Ruiz after tossing the first postseason no-hitter since 1956. Its #ed 0921/2011. (CLAIMED!) 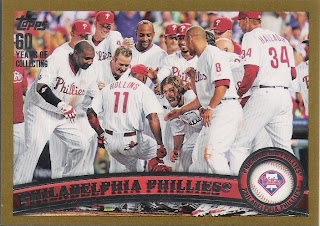 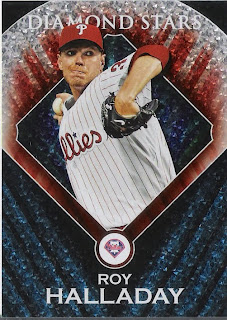 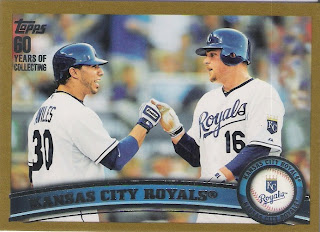 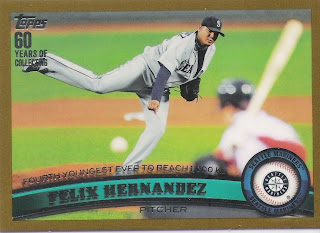 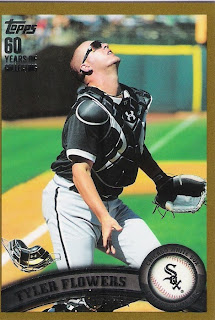 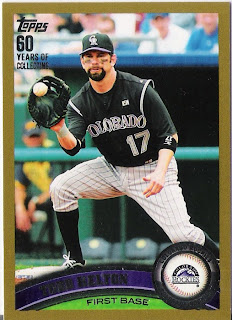 I only have 3 random inserts left, if you want ‘em, I have 2 non sparkly cards, #RDT17 of CC and RDT29 of Josh Johnson. Also, I have 1 lone Diamond Duos card, #DD-14 of Werth and Zimmerman… (sorry, no scans)
I have a few parallels leftover from 2010, these are of the bronze variety… 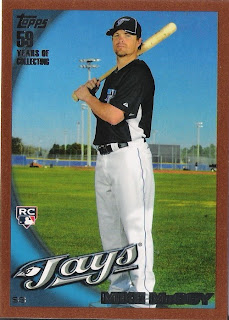 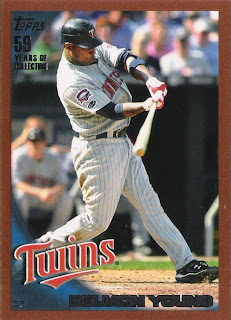