Part 4 in this ongoing series is this card of the Rays starting second baseman Akinori Iwamura. This is another on-card beauty from 2009 Goodwins Champions. This one Aki signed in-person for my little brother this spring as a member of the Pirates. I have several Aki-graphs, but this is the most special. 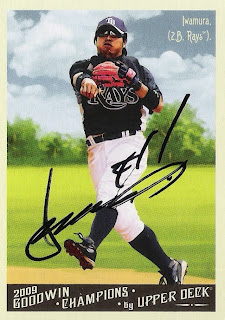 The prior season Iwamura was the Rays starting third baseman, but moved to second to create an opening for Evan Longoria. Aki adapted instantly and he and Jason Bartlett formed a defensive force up the middle. 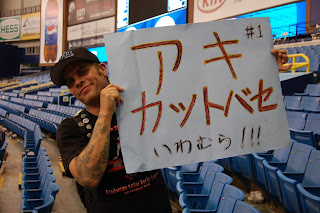 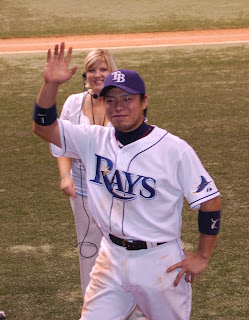 Last night Pittsburgh bid farewell to the infielder as well. 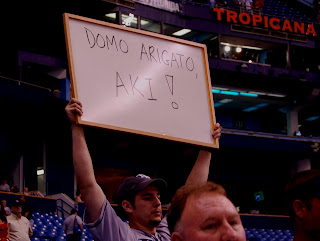 I expect to see Aki back on top very soon, I just hope it isn't in New York! Your still number 1 with me. 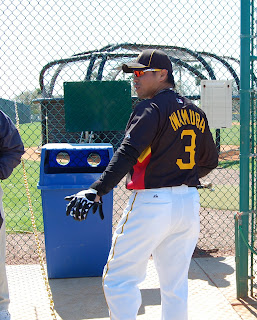