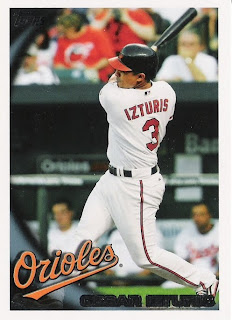 No, Izturis wasn't actually traded again. 6 teams in 7 years is enough for him for now... The title is somewhat relevant though. Since your here anyway, read on...Scouring the other blogs you see a lot of folks writing about Topps Series 2. I think most everyone has finished or forgotten about Series 1. I have yet to rip any Series 2. The main reason is that I am pretty broke right now, but also because I wanted to finish off Series 1. I moved through S1 pretty quickly thanks to my fellow bloggers who annihilated my want lists. I declared my set complete long before any of the cards had arrived. When the dust settled, everything arrived and I finally got a binder and some pages for the set I realized that I was one card short. A bunch of people commented that they had card #78 and offered to send it over. I took it off of my list, but the card never came. A few months have passed by with me sitting one-card short of finishing the set. Anyway, Cam from Collectable Cards wrote to me and said he had that elusive card. I told him I had heard that before, but was getting pessimistic about actually getting it. He promised he had the card and would send it and I got together a few cards from his list. 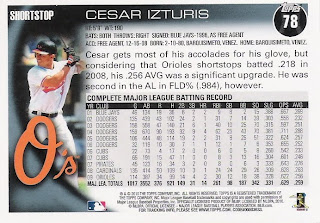 I told him all I really wanted was that one card. Anyway, I guess he was pretty happy with what I had sent him because he did send me my most wanted card and a bunch of other stuff I needed. The most famous trade that journey man infielder Cesar Izturis was ever involved in was in 2006 when the Dodgers sent him to Chicago for 300+ game winner Greg Maddux. Our trade wasn’t as epic, but Cesar Izturis is all mine and that wasn’t all I got. I am thrilled to have the book (binder) closed on this set. I owe a huge thanks to Cam for hooking it up! He took some other shots at my want lists, too. I am time deficient right now, so I will only show a couple cards. He sent card #55 of Josh Beckett from 2008 Allen and Ginter. 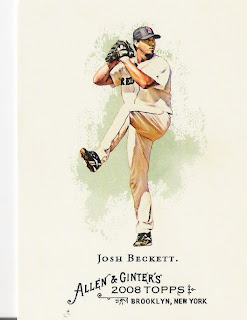 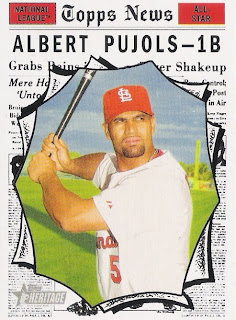 Cam also sent 14 cards I needed for 2010 Topps Heritage including this short print, card #464 of Albert Pujols. He hooked up a new card for Joe Kennedy personal collection-this card, #328 from 2005 Donruss Champions. 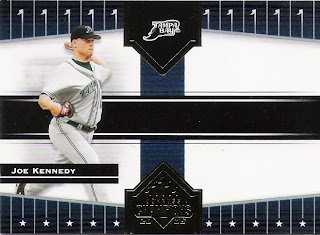 I will end this post with another new card from 2010 Topps Turkey Red, card #TR9 of Josh Johnson. 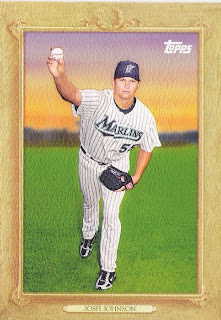 I will try and post the other gems he sent soon. Thanks so much to Cam from the Collectable Cards blog for finishing off my 2010 TS1 set!!! More thanks for all of the bonuses! I have quite a few completed pages and many great trades to post, plus I have that Carl Crawford contest to start, so stay tuned. I love this hobby!!!!!!!!!!!! Go Rays! Troll out.
Posted by Collective Troll at 2:38 PM