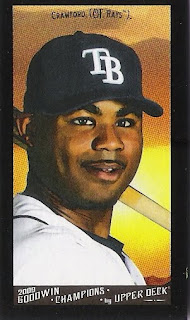 Well, I have officially shipped a package to EVERY participant in the group break that lives in the US (Captain and Anthony you will ship this week) whose address I have. Those of you whose address I don't have are on the sidebar in yellow. The last package I shipped was to Chris AKA Fan of Reds AKA Nachos Grande. As you might have guessed, he had the Reds in the group break. Some Reds were pulled, but I doubt it was anything he didn't have 12 copies of already. I do think that I included one, if not 2 Barry Larkin cards that he didn't have. I should mention that the reason that I was so tardy in sending his package was that I was searching for cards off of his 2010 Topps wantlist to complete a trade as well. He has sent me some inserts I needed for my very slow chase of 2010 Topps completion and domination. 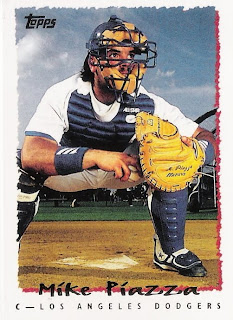 I plan on showing them off in this post right here... As a matter of fact, since I am posting them, I am scratching them off of my wantlist which is now 100% up to date and accurate. I finished Legendary Lineage for both series 1 and 2. Although I don't really care too much for Peak Performances, I am nearly halfway there, so I might as well try and finish it. 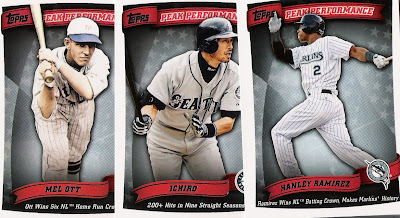 The subsets that I am really into are Turkey Reds and the Cards Yo Mama Threw Out. These are a priority! I mention that my wantlist is up to date for two reasons. One, because you are more than welcome to check them out and see if there is anything that you can help me out with. The second reason is that this is a trade post from Nachos Grande, who is the MOST ORGANIZED blogger I know. I think I might have traded with him more than anyone simply because it is so damn easy. His wantlists are clear and always up to date. The only problem is that he rips and trades like crazy and in this instance I was only able to send him 2 cards off of his wantlists in exchange for all the goodies he sent me. Anyway... you can find HIS wantlists HERE and see if you can help him out more than I could. You can also check out the 2010 Topps inserts that he sent me... 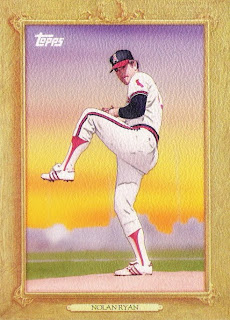 The trio from Peak Performance is shown above. From Turkey Red we have a pair of Aces: a current Dodger and a Hall of Fame pitcher. 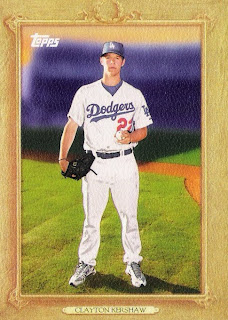 He also included 2 cards from Tales of the Game. Carlton Fisk in one of the most memorable games in baseball history AND Josh Hamilton taking second place in a batting practice exhibition. 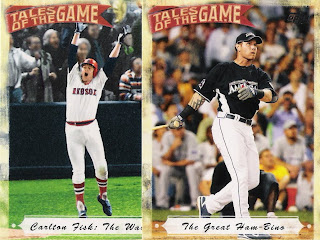 Thanks so much to Nachos for these great cards. If anyone is interested, I can post up my dupes. There is a surprisingly big stack of Turkey Reds. I might also put together my list for Series 2. Can you tell I am suffering from Nachos Grande wantlist envy? Thanks again and if your name is in yellow in the side bar, please email me your address. Go Rays! Best team in baseball, for real. Oh, by the way... The card at the top is just a reminder that I am STILL a Carl Crawford supercollector. Oh, while I am dropping updates... I am still in for the Long Fly to Because Allen and Ginter case break. I believe that the price has dropped considerably. I know most everyone is bored of these by now, but I haven't even held a pack yet. Only 13 teams have been claimed, what are you waiting for? troll out.
Posted by Collective Troll at 10:21 AM