Ozzie Smith Was NOT a Pitcher-MORE From Pirate City 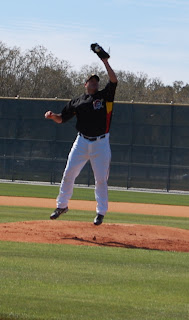 Since today was supposed to be about pitchers and catchers, I will start with them. It seemed like there were 100 pitchers in camp and there might have been. There are 18 pitchers on their 40-man roster and another 18 in camp as non-roster invitees, plus there were about 40 minor league pitchers who will not be in big league camp, but were there anyway. I would say that all of the big name pitchers were present and accounted for, but I don’t think the Pirates have such a thing. Zach Duke was there. Joel Hanrahan was there. Ross Ohlendorf was there. Ryan Doumit was there. And so were about 80 other guys without bats. There were veterans like 38 year-old Brendan Donnelly and 36 year old Octavio Dotel fighting for jobs with youngsters like 22 year old Bryan Morris and 23 year old Ronald Uviendo. At this point all 4 of them have a shot at making the ball club. 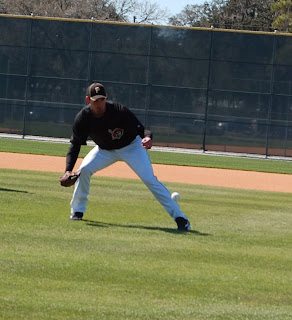 As far as catchers go there are supposed to be six in camp with just two of them on the 40-man roster. Ryan Doumit and Jason Jaramillo were both there. I did not however see 21-year old first round pick Tony Sanchez today, but he certainly could have been there. 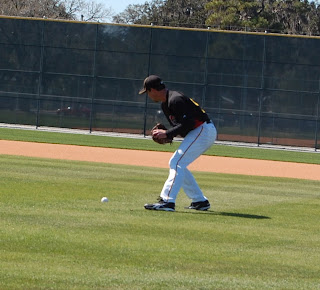 The catchers didn’t appear until late in the afternoon. The pitchers were out early and they did what pitchers do, they ran. And ran. Pitchers run a lot, especially in spring training. That is why I am so surprised that there are so many overweight pitchers in the big leagues. Those guys are always running. After they were done running, the pitchers played catch. Initially a few feet apart and ultimately like 100 feet apart. 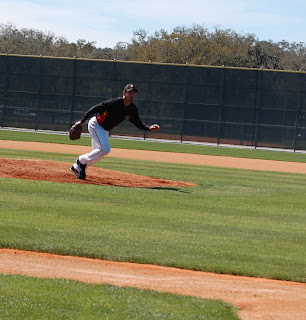 I didn’t take any pictures of the pitchers playing expanding catch because there was batting practice going on at a different field and that was more exciting. After catch there were drills. The pitchers were split up into different groups. Four pitchers including Ross Ohlendorf went into the bullpen area for a real throwing session. The other starting pitchers took fielding practice and this I watched. I was hoping for a little bit of comic relief. The Pirates hurlers didn’t disappoint. 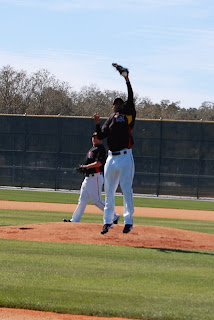 There is a lot of rust that gathers over the winter and for some this was their first time on the field in months. The pitchers took grounders, fielded bunts, and practiced taking the throw at first base and making the throw to first. 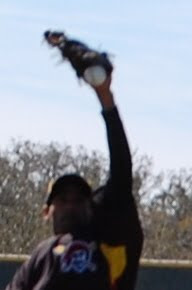 The ultimate in BASICS. I am really glad they practice this at the big league level because these guys needed it! 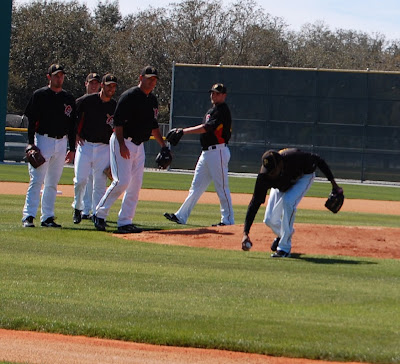 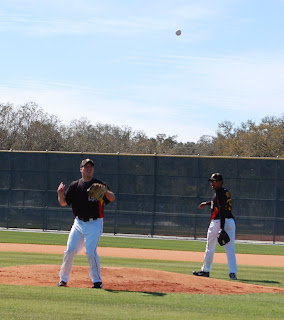 Octavio Dotel has pitched in 562 games in the big leagues. He has 67 career assists and went 5 seasons without making an error. Today he couldn't hold onto anything… He wasn’t the only one. It was all in fun. If you look close at these series of errors by Dotel, Daniel McCutchen, Donnelly, Zach Duke and Joel Hanrahan, you can see the other pitchers giggling in the background. 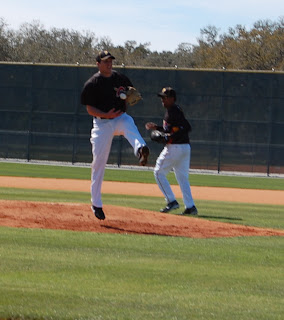 One day of drills is not enough to start making predictions, but you have to love just seeing guys in uniform out on the field. 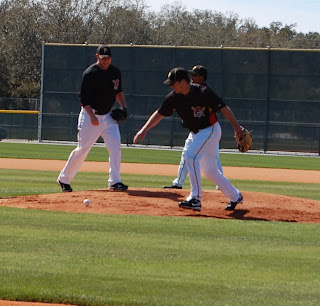 Enjoy the comedy of errors above, courtesy of the Pirates pitching staff. I am SURE that scenes like this could be witnessed at each and every camp in baseball. Up next, more drills, more stretching, more catch, but also some bats… Much more to come from Pirate City. I love this game! troll out.
Posted by Collective Troll at 7:15 PM