Gettin' The Hook Up! A Long Overdue Post of Thanks and Awesomeness!!! AKA Pee Wee is Mine! 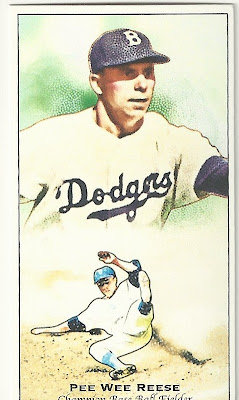 A few weeks ago, or maybe months, actually it was April, so four months ago I got a HUGE package of goodies from Ted from the Crinkly Wrappers blog. I was in the midst of a mini blog hiatus and I never posted the cards. They were long put away into the binder so I can’t post them now, but I do remember he sent me a stack of 2011 Topps Series 1 base cards along with THIRTY-SIX, YES 36 Kimball Champions minis!!!

I had made a want list before I even had 10 cards from that 50 card set and since most everyone else was collecting it too, I figured I had a REALLY long road ahead of me. Well, I did before Ted sent me 36 cards out of the 50 card set; yep he knocked out over 70% of the set in one shot… After his super-generous package several other bloggers helped me knock out a card at a time and got me to within needing only 3 more minis to finish off series 1. A week ago I needed cards KC21 of Sin Soo Choo, #KC25 of Vlad Guerrero and #KC43 of Pee Wee Reese. I want to finish the set, obviously, but I wanted that Pee Wee card BADLY!

I made offers to everyone who posted one on their blog, I claimed a few, but for one reason or another it fell through. Well I want Pee Wee no longer! Ted sent me a SURPRISE package last week, totally unexpected, and it included the Reese card!!! That means Ted has sent me 37 cards (74%) from that set!!! Oh, and I STILL haven’t sent him anything in return. Oops, bad Troll! I really need to do something about that. Anyway, Crinkly Wrappers totally hooked me up on the Kimball Champions mini quest, but he didn’t stop there… Check out what else he included in this awesome surprise package. 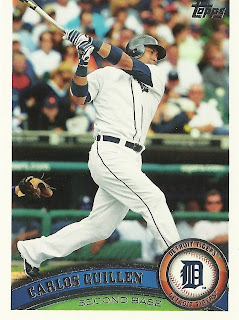 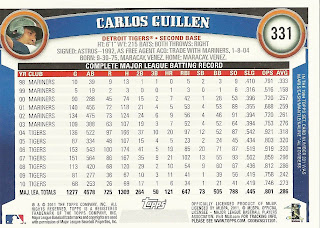 My 2011 Topps want list is up to date, by the way, if you are so inclined to check it out… I am two cards away from finishing Kimball Champions from Series 1, but I still need 40 more minis from Series 2. In keeping with the mini theme, Ted sent me my very first Rays mini from 2011 Allen and Ginter. 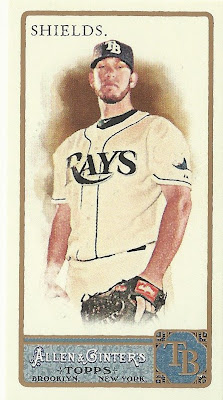 A Ginter ad back mini, card #222 of Big Game James Shields, one of the Rays 2011 All Star starters and the current AL leader in complete games with 9 and shutouts with 4.


The most unexpected portion of this totally unexpected package was the inclusion of 2009 Topps Heritage High Numbers from my want list. I had all but given up on this set, I hadn’t updated my list in nearly a year and no one has offered me anything in a LONG time. 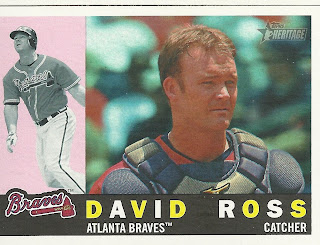 He sent me some really cool base cards including card #558 of the Braves other catcher, power hitting, 10-year-veteran David Ross. More impressive he sent me a short print, card #709 of Cards slugger Matt Holliday. 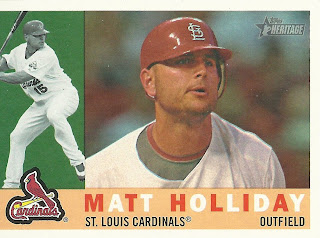 These SPs are HARD to come by and I am psyched to add this one to my binder. 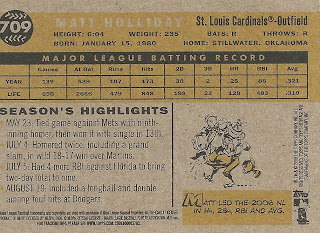 Oh, I can't forget that he sent me a bunch of inserts from 2010 Topps!!! I must admit that I regret deciding to collect ALL of these insert sets, but I am AND I REALLY want to finish them someday.
When Series 1 first hit the shelves I fell in love with the Yo Mama insert set and like every other year before, Turkey Red is classic and very cool. I am somewhat close to finishing off the Series 1 sets, further away with Series 2 and pretty darn far from finishing U and H, but I WILL finish these.

I have an entire binder devoted exclusively to the 2010 Topps inserts sets and thanks to Crinkly Ted, I filled 11 slots in said binder. He helped me out with 7 different Peak Performance inserts from Series2 and 3 including card PP73 celebrating Big Donkey getting his 300th career homerun. I was actually a quiet Adam Dunn fan. 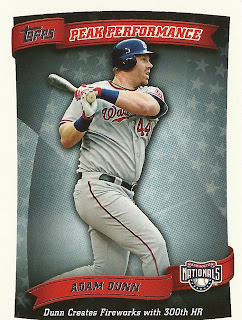 The dude has SOOO much power. When he was with the Reds I got to watch him take BP in spring training and he could launch 'em for sure. I know his .165 batting average is a joke, but this is the same guy who hit 40+ homers for 5 straight years. 64 more CMT cards He reminds me of Pat Burrell right now. A good, solid power hitter in the NL who went to the American League and couldn't hit for sh... I was pretty shocked that he wasn't dealt at the trading deadline. I really think (thought) that the team in the NL Central or West that takes a risk on Dunn could-go-all-the-way! 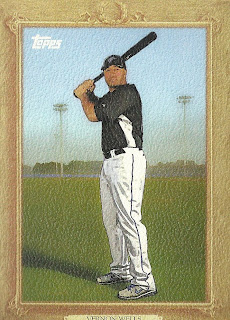 Other 2010 Topps inserts now in the binder include card #TR131 of Vernon Wells (very cool to get a Blue Jays card from a Blue Jays fan!) and a trio of Cards Your Mother Threw Out. All of them are much needed Series 3 cards - starting with 1952 Eddie Mathews on CMT117. 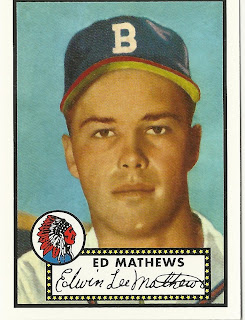 Even though it is a reprint, this card is awesome. 1952 Topps, where it all began, is a freaking beautiful set! The last 2 cards I will show off sit in the binder next to each other, right in a row. 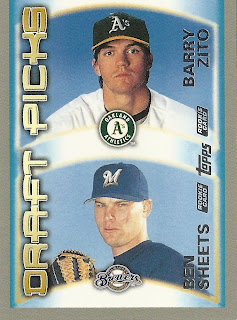 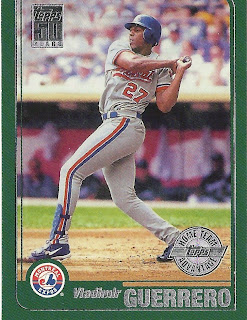 Sweet! With these 3 added to the binder I only need to finish that set which means that I am at 64% completion, woo hoo! My super long lists of needs for these inserts are up-to-date, please check 'em out. 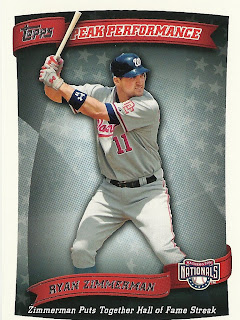 I owe a HUGE thanks to Ted from Crinkly Wrappers for this awesome, SURPRISE package! I promise I will pay ya back soon Ted! Nothing brightens your day quite like finding a padded envelope in your mailbox and this one totally made my day, actually my whole week. Muchas gracias! Every single card was on my want list, but is now in my binder, most importantly the pint-sized Pee Wee. Thanks for reading and looking Trollites! If you want a dead-on take on 2012 Topps, check out one of Ted's latest posts right here.

As usual, if you can help me out with any of my wantlist needs, please get in touch with a Troll... I am DETERMINED to fill the empty spots in all of my binders and I am also in card liquidation mode. I don't have a whole lot left, but I really need to clear some space... Anyway, if we started trade discussions and I haven't gotten back to you PLEASE send me a reminder... Go Rays! Troll out.

Posted by Collective Troll at 1:17 PM