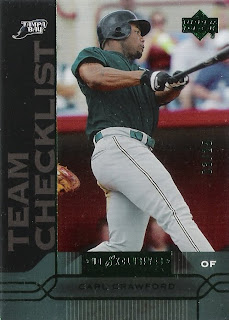 The Tampa Bay Rays are 54-34 and sitting in second place in the AL East. They are 9-2 in the month of July. They swept Boston and took 3 of 4 from Cleveland. Last night was another walk-off win and the pitching staff and bullpen are both exceeding expectations. The Rays have 3 players starting the All Star Game and another on the roster and you can still make arguments to add more. I would have to say at the halfway mark that this has been a successful season. The goal as a team won’t be achieved until everyone on the team has a ring on their finger, but I wanted to take a moment to look at one of my favorite players who is making a solid case for himself as the AL MVP. Carl Crawford is batting .321 with 11 homers and 50 RBI plus 6 triples and 31 steals. I know we are 88 games into a 162 game season and are more than halfway through, but since this is the “halfway” point I will just double his numbers for an easy end of season projection. Imagine Crawford ending the year with a .321 batting average, 22 homers and 100 RBI? With 62 steals? Those are MVP numbers if you ask me… 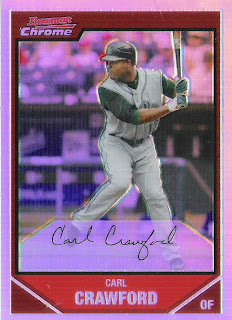 The two Hall of Fame left fielders that Crawford is measured against most often-Lou Brock and Rickey Henderson-are still far ahead of Crawford in terms of career numbers. If CC can stay healthy and produce at this rate for another 10 seasons he will be in their leagues, BUT he has a chance to do something this year that neither of them were able to do in their amazing careers-and that is drive in 100 runs. 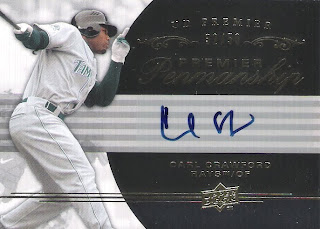 I know that isn’t the goal for a basestealing top of the order guy, but he is also leading the league with 70 runs scored AND he is driving them in too. At the break Crawford has driven in 50. Brock’s career high was 76 in 1967. Rickey peaked in that department at 72 in 1985. Crawford has already won an All Star MVP which neither did in their careers. I think adding a World Series ring and an AL MVP along with a few more stolen base titles will solidify him with those 3 as the greatest left fielders of the past 50 years… Just some food for thought… Shown in the above post are my latest PC acquisitions... It is GROWING, but I still don't have a count. 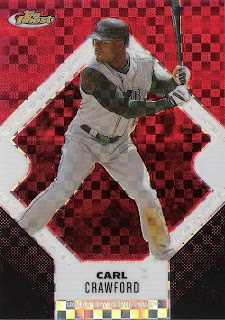 Carl Crawford gets my vote for AL MVP. In the National League I would lean towards not picking just yet... Kemp and Ethier both stand out to me, but then again Joey Votto, Martin Prado and even David Wright look damn good right now. Who knows... Who would YOU vote for as your MVPs? Go Rays! troll out.
Posted by Collective Troll at 2:08 PM