I don't get to watch too many games on television because I work nights, but I did catch the Rays come from behind victory in Minnesota last night and I am watching the game today. Soriano is on the mound with 2 outs in the bottom of the 9th trying to beat the Twins for the second time in as many days. Last night Twins designated hitter Jim Thome was 3-4 with a double and his 9th and 10th homeruns of the season. 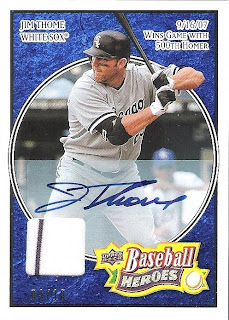 His second long ball was his 574th homer and moved him past former Twins slugger Harmon Killebrew into 10th place ALL TIME. Thome's second blast had the Twins in the lead, but the Rays exploded in the 8th inning behind Matt Joyce's GRAND SLAM. I was in attendance for Joyce's first homer as a Ray. I was also there for his third and final bomb. That came on June 2, 2009. He finished the 2009 season with the Durham Bulls, but his big league numbers were meager-.188/3/7. He started this season in AAA but was called up last week. He hadn't brought his bat with him and was batting below .200 at the start of the game. 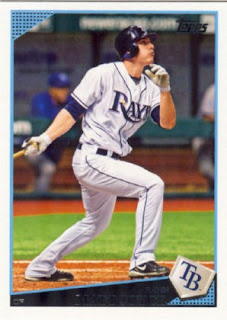 He got the call to pinch hit in the top of the 8th and came through with his first grandslam. Crawford, Aybar and Bartlett all had doubles for the Rays and Randy Choate got credit for his first win of the season. Rafael Soriano pitched a scoreless 9th for his 20th save. In today's game he collected his 21st and James Shields earned his first 7th win to give the Rays some momentum before returning home to host the Red Sox tomorrow. I will be at the Trop to see Matt Garza go for his 10th win of the season. 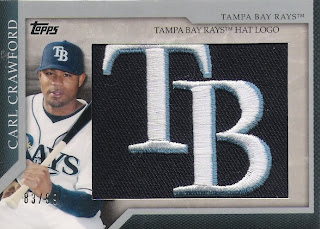 The All Star lineups were also announced today. I will have a full post on that later, but as everyone has heard 3 Rays players will be in the starting lineup. Evan Longorian at third, Carl Crawford in left and David Price on the mound. Huge congrats Guys! Go Rays! Lets beat Boston! Troll out.
Posted by Collective Troll at 5:40 PM