The Tampa Bay Rays have pulled the trigger on a blockbuster deal with American League East rivals the New York Yankees. The Rays will be shipping left fielder/designated hitter Pat Burrell to the Yankees in exchange for All Star catcher Jorge Posada and pitcher Joba Chamberlain. The Yankees will assume Burrell’s entire salary for the 2010 season and will pay part of Posada’s salary. 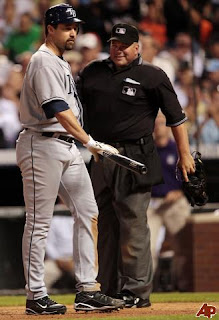 The Rays have agreed to send a “player to be named later” to the Yanks to complete the deal. Posada, 38, hit 22 homeruns for the World Champion Yankees last season. He is a 5-time All Star, 5-time Silver Slugger Award Winner and also a 5-time World Champion. He will be the Rays opening day catcher and will bat 6th for the Rays behind Carlos Pena. Joba Chamberlain was upset that he didn’t make the Yankees starting rotation and demanded a trade on Wednesday morning. The Yankees responded by working out a deal for Burrell giving them additional power from the right side of the plate. The Rays agreed to the deal, but asked that Posada be included as well. It is speculated that right handed pitcher Andy Sonnanstine might be the player to be named later in the deal. It is also possible that the Rays will ship Kelly Shoppach to complete the trade. The Rays have made it clear that no regular position players or any member of their starting 5 are available. Burrell was first player chosen in the 1998 draft and made his debut with the Philadelphia Phillies in 2000 hitting 18 homeruns as a rookie. In 2001 he began a streak of 8 consecutive seasons hitting 20 or more homers. In 2008 he hit 33 homeruns as a part of the World Champion Phillies team. Following his success in ’08 the Rays signed him to a lucrative contract and made him their full-time designated hitter. 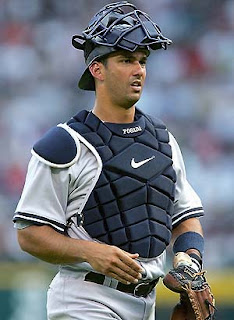 Last season Burrell was a disappointment at the plate, batting just .221 with 14 homers and 119 strikeouts. 2010 is the final year of Burrell’s 2-year, 16 million dollar contract. Posada inked a 4-year, 54 million dollar deal with the Yankees after the 2007 season making him the highest paid catcher in MLB history. The Rays were concerned about taking on the extra payroll and required New York to pay half of what is due to Posada for 2010. The Rays will be responsible for his entire contract in 2011 and will likely try to trade him before this year’s deadline if they are not in contention for a playoff spot. With the success of rookie sensation Sean Rodriguez in spring training as well as the addition of proven closer Rafael Soriano in the bullpen, Posada might be the final piece of the puzzle for the Rays to return to playoffs in 2010. 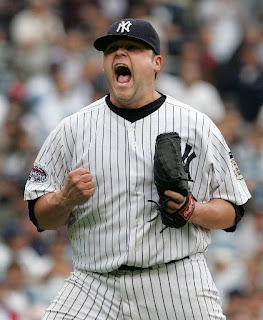 The addition of Joba Chamberlain in the starting rotation will push rookie Wade Davis to the bullpen to begin the year. Chamberlain will be the team's number 5 starter. The team is excited about Chamberlain's intensity, plus he will stay with Posada, his battery mate for his entire big league career. This trade may also create an opportunity for outfielder Justin Ruggiano to rejoin the ball club and assume to role of designated hitter. He had been optioned to AAA Durham. More likely, Hank Blalock will be the Rays opening day DH. All Photos Courtesy of the Associated Press. I am SOOO glad that April is finally here! Opening Day is less than a weel away! Go Rays! Troll out.
Posted by Collective Troll at 3:42 PM