Some Troll Odds and Ends and a Question...

I have still been spending my free moments trying to organize-putting cards in stacks by player or by year or brand. I had a couple hundred empty pages and a few empty binders and they are all FULL. I will be hitting the card shop on Wednesday for more supplies. Anyway, my time is super limited, but I had a few odds and ends to post quickly. My Rays team set chase is going well. I found 3 cards that I needed while sorting this weekend.

These 3 helped me finish off another set. I am now complete from 2006 up till present and only a couple of cards away from finishing off 2005 which would have me set from 2004 till present. That would be 8 years complete. Well, at least until next month when 2010 Series 2 comes out… While sorting I found a bunch of cards that fit into my Devil Rays PCs. I am not aggressively working on Ben Grieve, but I now have 86 different cards of him as a Devil Ray. There are 5 full pages of Quinton McCracken, 3 full of Dewon Brazelton and two-and-a-half of Jared Sandberg. The new guy I added now has a full page, too. 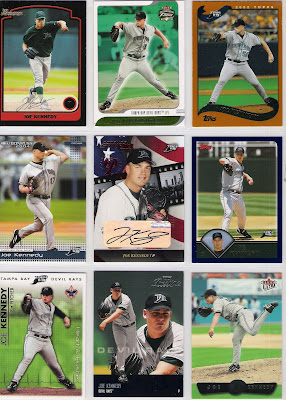 The Joe Kennedy PC is up to 9 cards strong! An autographed card of the Rays bench coach who said he LOVED THIS BLOG! 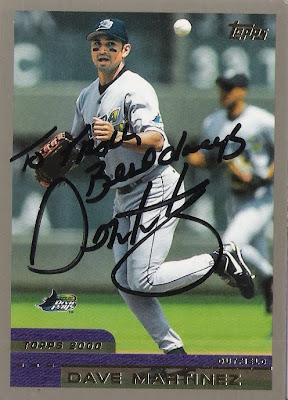 So yeah, Dave Martinez now has his own binder space. I found a few cards of Kyeong Kang-the South Korean slugger who was batting third for the Stone Crabs on Saturday night. 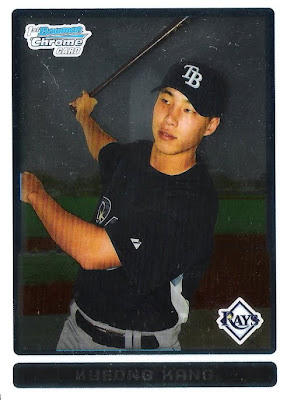 I watched this guy in batting practice and he can MASH. He’s 6’2”, left handed and has a great arm in right. I am gonna be keeping an eye on him… The last 2 cards I am going to show off came from Swag of the NYC Cards and Swag blog. It’s been a month or so since he has updated his blog-come back Swag, we miss you! And it was several months ago that he sent me a box FULL of Rays and Pirates (for my little brother). The package was awesome and really appreciated and it filled some voids for me. Among the cards he sent were these two from 2009 Upper Deck Series 2 of the Starquest insert series. I have about 10 each of the BJ Upton and Carlos Pena cards from this series, but these were the first CC cards for me so I owe Swag a huge thank you for that! 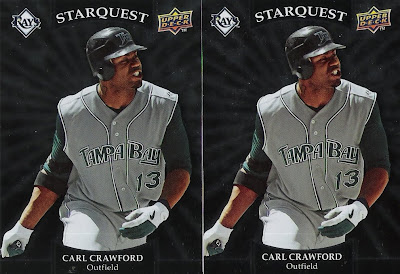 I am posting them because I have a question that I hope y’all can help with. The cards look identical to me. I can’t see any differences from the front of the card, but according to the back, they are different. One is a Silver Common and the other is labeled as a Blue Uncommon. 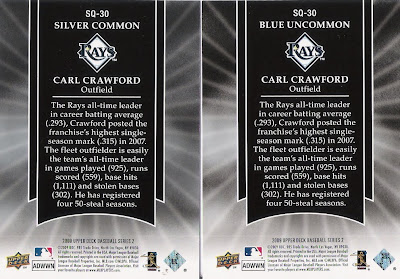 What does this mean? What does this all mean??? Thanks in advance for your help, thanks to Swag for the cards and thanks to all for reading and being patient as I am going through a big transition and have little time to post. By the way, the Rays team set page is up to date as is the 2010 Topps page. The 2010 Gold cards have all been claimed, but everything else is up for grabs if you need em. Before I sign off I wanted to show off one more card. This one came from Play at the Plate. I won his April Contest and jus got my prize. Unopened wax is just about the coolest prize you can get and he sent a ton, so thank you Brian! That made my day!!! He included some loose cards, too. Awesome Rays and stuff from my want list, but also this fantastic card featuring two of my favorite players of All Time. 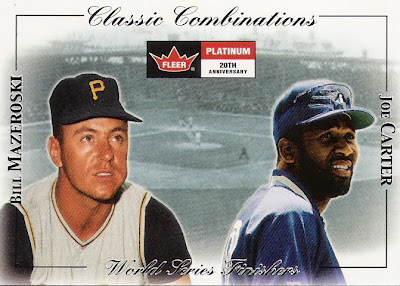 Thanks Brian!! While you are there, check out his awesome new blog header featuring a Jackie Robinson Play at the Plate! I believe that Mr. Robinson is SAFE at home. Go Rays! Troll out.
Posted by Collective Troll at 1:50 PM