My Blog Bat Around Shopping Spree is Done!

I will start with a message for those who read my last post... I am NOT a Yankees fan, I repeat I am NOT a Yankees fan! It is possible to want to buy the most expensive card from your favorite set of all time without being a fan of that team… That said, lets move on for the final installment of my 50K spending spree. Of course I run the risk of looking more like a Yankees fan, which I am not. Just read on. The next buy I made was not on my list but I found it while searching for ’48 Leaf cards. 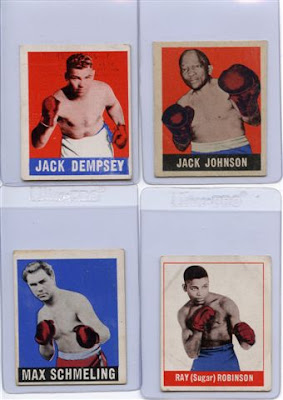 I was randomly searching around and I found this excellent lot of 1948 Leaf Boxing cards. It is actually the full set of 18 cards and half were graded. This was my favorite surprise find of the spree. I jumped on it after seeing pics of Jack Johnson, Sugar Ray Robinson and Jack Dempsey. The BIN price was $1500 plus 15 dollars shipping. I wasn’t pissed about the shipping considering there were 18 vintage cards and some were graded. The average cost of these boxing cards was only 84 bucks, I was happy with this deal. I know now that many of these cards can be found cheap. A '48 Bob Fitzsimmons for 10 bucks? 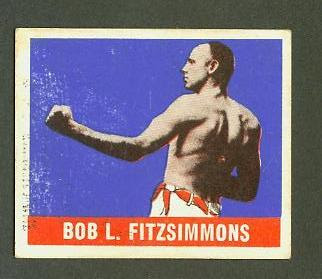 I bought one of thoese for real! Okay, speaking of deals…
While looking at ’48 Leafs I came across this PSA 9 of Hall of Famer Luke Appling for only $309.00. 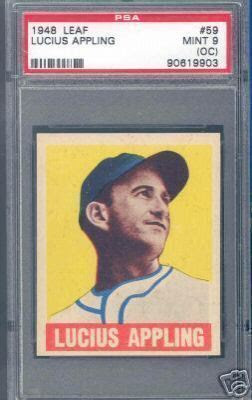 Probably not a wise buy with the clock ticking, but considering what I “paid” for the other ’48 Leaf cards at a lower grade seemed like a true great deal. I know the other cards were rookies or early cards and Appling was on his way out, but still… I did also drop 8 bucks to ship this one and I stayed with ’48 Leaf for the next one.
I found this PSA 6 Larry Doby card for 3500.00 After getting a PSA 8 of Jackie Robinson from the same set for $3700.00 I couldn’t pay this much for a 6 of Doby. 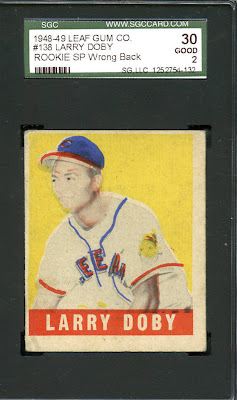 I wanted this card really bad, but I kept on looking and found a PSA 2 with the wrong back for $650.00. I wasn’t thrilled with that either, but I would be bummed to have Paige, Musial, Robinson, Appling and NOT Doby. It is a wrong back, but the back is of Danny Murtaugh, so that was kind of nice, too. In retrospect, I wish that I put principles aside and bout the 6, but I am glad I got one…
I am at $33,553 with just a couple of minutes left. 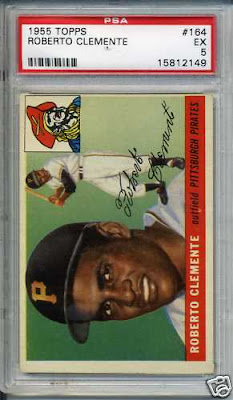 First order of business was buying the first Clemente rookie that came up-I got this PSA 5 for $749.00. I have seen ungraded cards at shows for more money that didn’t look this good and it was $5000 less than the first one I found. 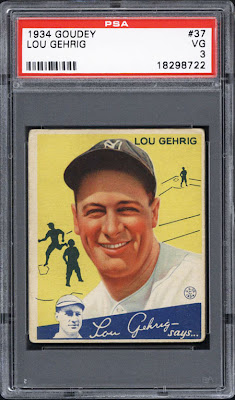 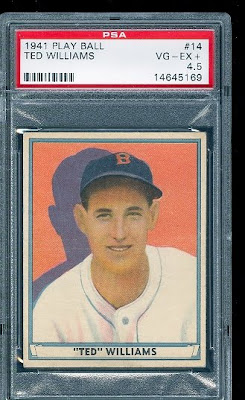 I know Williams has a lot of great cards and I was tempted to go with the ’48 Leaf, but I love ’41 Play Ball.
There are a ton of cards I still need-more Satchell Paige, some ’53 Topps, more ’51 Bowman, more… I decided to keep with the variety and chase a few more Hall of Fame hurlers, first stop Sandy Koufax. 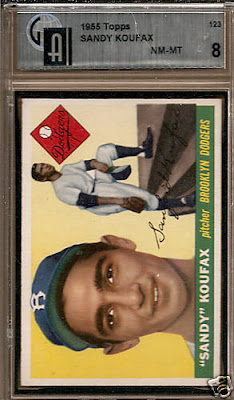 I found this PSA 8 rookie card of The Left Arm of God for $2150.00 plus 12 bucks shipping. My Dad knew Koufax and was his favorite player of All Time. He doesn’t collect, but he would think it was neat, plus I know I could trade bait this to the Night Owl the next time he finds a Carl Crawford card that I can’t live without…
I wanted to go Warren Spahn and then Steve Carlton and then more Satchel Paige, but I was down to 70 seconds and needed to burn up 10 grand. I was SWEATING! First pick was this amazing 1937 O-Pee-Chee of Rapid Robert Feller. 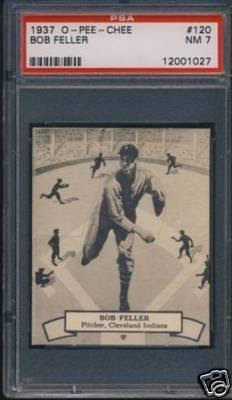 I had never seen this card before and really didn’t know it existed. Feller was just 18 years of age when this card came out-is this his rookie? Again it wasn’t on my radar, but a PSA 7 of Bob Feller from 1937 was too much to pass up. I dropped $3,995. Plus 10 bucks shipping on it.
My stop watch said 14:34 and I had almost 8 grand left to go and I was stressing big time. I called on Joltin Joe to bring it home… I was able to find a card of him as a San Francisco Seal (not a Yankee) and I burned up $5775 in the process. 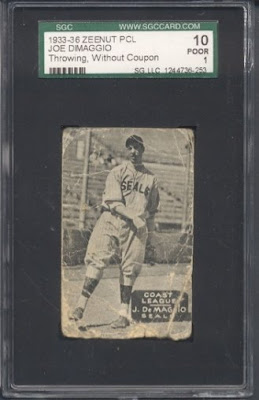 It’s a 1933 PSA 1 Zee Nut PCL Joe DiMaggio. I jotted this one down just as the alarm went off. Shopping spree over. I was pretty disappointed in myself. The 15 minute time limit did me in. I started off being so organized with a great plan and after 12 minutes it all went out the window and I just started jumping at high ticket items. Although they are neat cards I didn't want to spend the bulk of my budget on the Joe D, Mantle and Feller cards. I wanted more cards of Jackie Robinson and Satchel Paige and I REALLY wanted to pick up autos of Satchel Paige, Roberto Clemente and Jackie Robinson and I can't believe I didn't get a single card of Willie Mays. For the record, I search new listings for Danny Tartabull everyday and I knew he didn't have any big ticket cards available, otherwise I would have picked them up. My final total was $48,429.00. That means I left $1571 on the table. Ouch. Maybe I shouldn’t have been so damn picky. That’s it, thanks for reading along with my entry in the Sports Cards Uncensored 50 K Shopping Spree Blog Bat Around. Go Rays! Troll out.
Posted by Collective Troll at 12:31 PM