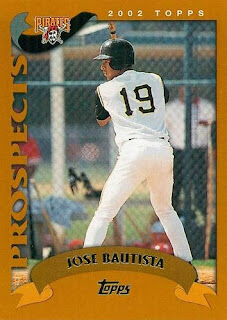 Congrats to former Tampa Bay Devil Ray and Pittsburgh Pirates slugger Jose Bautista on reaching 50 dingers… I think that 50 means something again and I think coming from someone like Baustista, it is an amazing accomplishment. I always wish the best for any former member of the D-Rays even though I don’t remember him playing for the D-Rays. He only played in Tampa Bay for 12 games, had 2 hits and no homers and was sent on his way. I DO remember him as a Buc. He was in Bradenton (my home towne) for 7 spring training seasons and he played for the Gulf Coast League Bradenton Pirates rookie level team twice on rehab assignments in his twenties. I have watched this guy hit a lot. He impressed me with his swing from day 1. That said there are hundreds of guys I can say that about and few of them even make the big leagues, so I am not saying I called this. I was pissed when the Bucs GAVE him away at the end of the 2008 season. Trading him for a weak back-up catcher was foolish. Sending him to the Blue Jays where he wasn’t even a starter was a bummer too. I remember watching him in a rare start at Tropicana Field last year at third base. He was a bench player who got the start in favor of Scott Rolen that day because it was a day game following a night game on the last day of a road trip. He made 2 key plays at third and drove in a couple of runs. I remember saying that if he could crack that lineup he could make a huge impact. 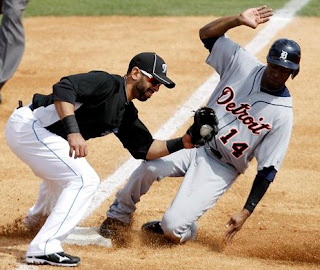 I didn’t predict this kind of impact. I watched him this spring in Dunedin with the Blue Jays. He looked good at third base, but found a home in the outfield and started the season as the Jays lead-off hitter. His success this year reminds me a little bit of Carlos Pena’s breakout year in 2007 when he hit 46 homers. The difference is Pena was a first round draft pick and he had hit 20+ homers in the big leagues before. He was really just fulfilling the initial expectations of him. Bautista was a 20th round pick who had been a bench player and didn’t have much hope of being more with so many high priced players standing in front of him. I say congrats to Jose Bautista… Score one for the underdog. It isn’t always the high priced free agent or highly touted draft pick – sometimes the difference maker is already sitting on your bench… I still think it was stupid of the Pirates to send him to Toronto for Robinson Diaz, but I don’t think the organization would have given Bautista the chance to flourish like this. 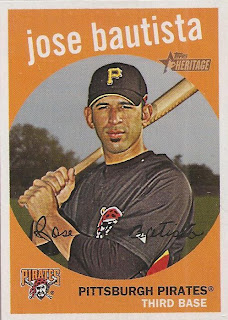 Makes you wonder how many other players out there have 50 bombs in their bat, but just can’t get the respect from management… I love this game! I love this hobby! Go Rays! Troll out.
Posted by Collective Troll at 1:15 PM