2008 Allen and Ginter Cabinet Cards That Are Available For Trading...

As promised these are the 2 cabinet cards that I picked up this weekend. These are pretty awesome and naturally I want to collect the entire set, but I don't think I have the time, space or resources for it so I will throw these out there for trade. 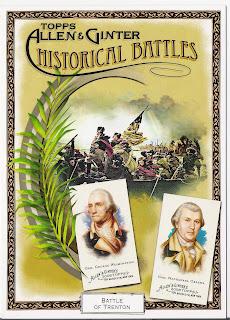 They are both from the Historic Battles subset and include card #HB1 of the Battle of Trenton. This card features General George Washington and General Nathaniel Greene. 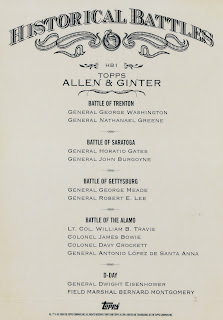 The other is card #HB3 of the Battle of Gettysburg and features Generals George Meade and Robert E. Lee on the front. 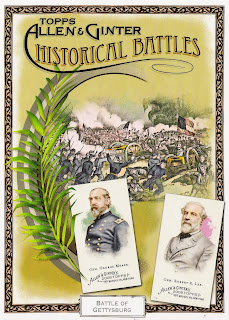 If I were to keep one it would be the Battle of Trenton. 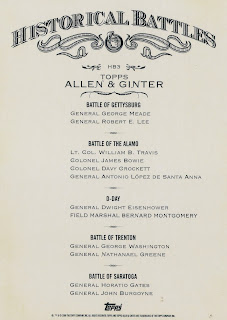 I have seen collectors use these on the fronts of their binders and they look pretty sweet. I can't figure out to affix them though. If it were a historical battle between the Twins and the Braves circa 1991 I would definitely be keeping them! As an end note this Markakis cabinet from 2007 Turkey Red is still available. Speak now Orioles fans. 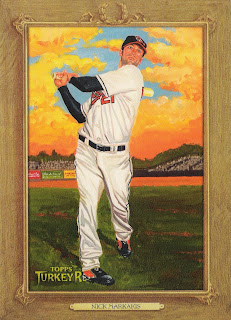 If I don't hear an offer soon it is going in my Orioles binder forever! Thats all for now. Go Rays! Troll out.
Posted by Collective Troll at 10:24 AM