Out of the Nest and Under the Bridge…

I haven’t posted a trade here in quite a while. I have so many great ones to post, but I thought I would start with a package I received from the Night Owl. The last time I got mail from my favorite bird he Nomo-ed me. I wasn’t pleased, so naturally I was a little apprehensive as I opened the package. Not only was this not a repeat Nomo attack, he attacked all facets of my want lists and odd personal collections. Any other fans of the All American Girls Professional Baseball League out there? I would love to hear from you if you are cuz I am. 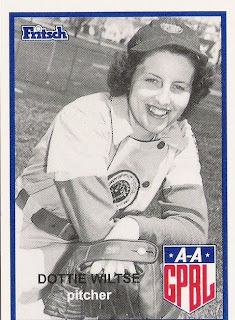 The Night Owl is apparently aware of my fandom for the AAGPBL cuz he sent me two sweet sample cards from the ’95 Frisch set. I really need to bite the bullet and send away for the whole 234 card set, (and now I have a coupon) but it is so much more fun hoping and occasionally one or two of these gems. The sample cards feature starting pitcher and 20-game winner Dorothy Wiltse who is #1 in the set and card # 61 of Dorothy Ferguson. 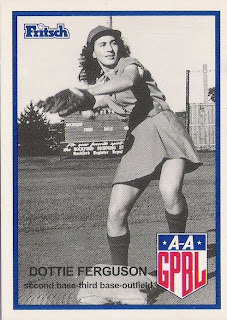 One of the reasons I want the entire set is that I would really like to know how high the percentage of players named Dorothy is. They can’t all be Dorothy’s, can they? 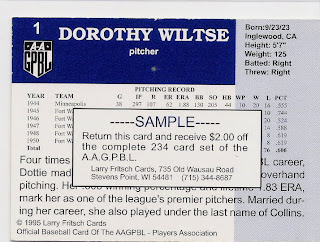 From the Ladies of Baseball he went on to attack other facets of my collecting preferences. He knows I like Heritage Chromes and sent a few of them. 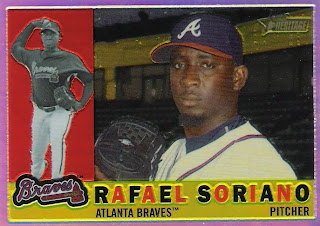 What I like better than chromes is refractors and he hooked it up with this refractor of Rays new closer Rafael Soriano. 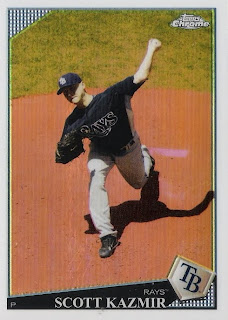 On the refractor tip, here is a 2009 Topps Chrome refractor of former Rays lefty Scotty Kazmir AND an X Fractor of the Rays Gold Glove first baseman Carlos Pena from the same set. 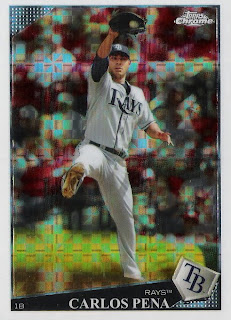 I like these a lot. I think these came from the dusty packs of chrome that the Owl acquired in late March. I am on a mission to collect the 8 card set of 2009 Chrome refractors and X Fractors. I am more than halfway there with each. A list will come soon...
From the super shiny Topps refractors right to the Upper Deck… Beginning with the FINAL Tampa Bay Rays card I needed to finish up the 2009 O-Pee-Chee set. I have been chasing this one for nearly a year and it feels great to cross the last name off of my want list. It is card #317 of Akinori Iwamura and is a rare action shot. 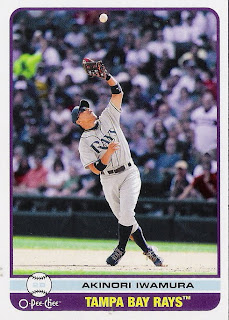 Nice! The Owl didn’t stop there. Oh no, there is plenty more to see here people… He hit up 2010 Upper Deck too. I think that his stance on this year’s Upper Deck is officially ANTI, but the two packs he bought were very Rays rich apparently. I was pleasantly surprised to see that these two were included in the set at all and I was thrilled to own them. 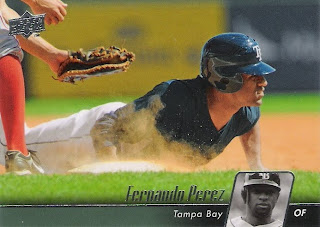 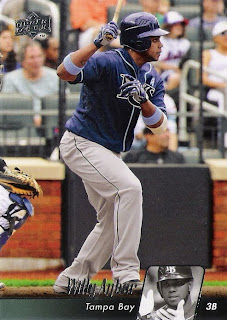 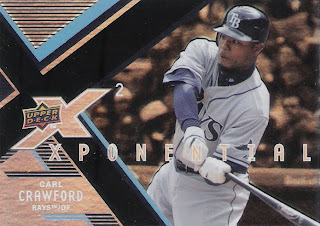 I have not ripped a single pack of X myself and I don’t intend to, but I think I would like to chase down all of the Crawford XPonential cards I can. I think this is the last square card I need, but I don’t have a cube root from any year… Moving back to Topps, 2006 Topps, of the GOLD variety, here is #519 of shortstop Julio Lugo. 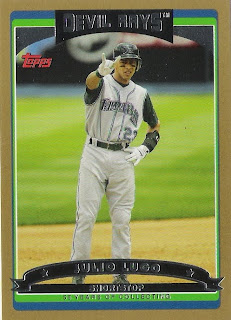 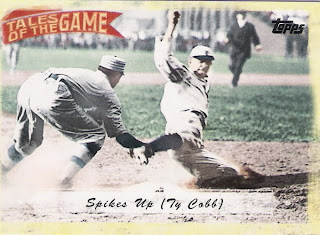 A card I am happy with from an awful set I would never buy is this one from 2010 Topps Attax. Being a player collector you need to get some funky product every now and then. That said I am glad that I can scratch this off the list so I don’t need to yearn for a card from Attax. 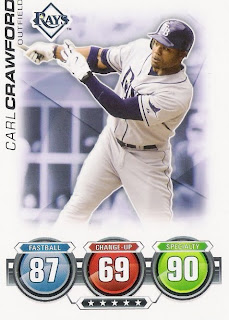 Okay, here is the final card I am going to show off. Normally I end my trade posts with a relic or autograph card, but this package went far beyond just mojo hits… I prefer refractors to relics anyway and I posted them first, so this card from History of the Game, #HOTG8 gets finale status. 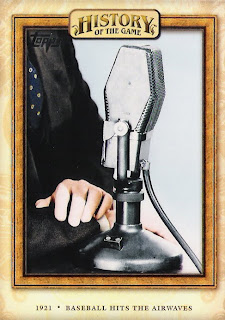 This card celebrates baseball being broadcast for the first time in August of 1921 by Harold Arlin. The photo is a close-up of an old style microphone. I really don’t think it is Arlin’s original mic and I also doubt it is from the 20’s. It looks more like a late 30’s style to me. The card rocks for a few reasons. One I need it for the set, but more importantly as a fellow broadcaster I collect cards of players holding microphones and broadcast equipment in general. In the last year this is the first microphone card I have got in the mail. I like it. 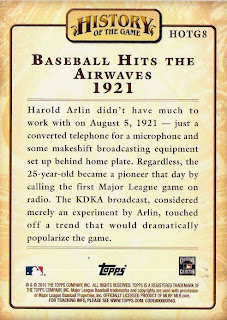 I want to extend a GIGANTIC thank you to my friend the Night Owl. This is quite possibly the most thoughtful package I have ever received. I collect a lot of strange things and he somehow touched on almost all of them. Had he included Danny Tartabull, Buck O’Neil, Roberto Clemente and a sombrero card it would have truly been the most thoughtful pick me up EVER. Anyway, after the gift of no more Pat the Bat that Andrew Friedman gave me, the bar is pretty freaking high, but I will give this one 9 out of 10 Billy goats. Thanks so much Senor Owl, redemption is yours! I am officially relinquishing my grudge from the “oh no Nomo” attack. Go Rays! Troll out.
Posted by Collective Troll at 2:37 PM