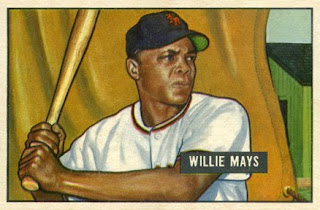 As a proud member of the BBA, the Baseball Bloggers Alliance, I have the opportunity to make my choice for their postseason awards. There are currently 224 baseball bloggers who make up the BBA and this number grows on a regular basis. Much like the Baseball Writers of America, we at the BBA make our selections for postseason awards.
The first award, the Connie Mack Award, has already been awarded. It is given to the top manager in each league. The bloggers have spoken and have name Texas Rangers skipper Ron Washington the top manager in the American League and San Diego Padres leader Bud Black for the National League.
Moving forward, the next on the list to name is the Willie Mays Award for the top rookie in each league. Named in honor of Hall of Fame centerfielder, Willie Mays, aka The Say Hey Kid. Mays stormed in the Major Leagues in 1951, making his debut and spending the entire season with the Giants as a 20 year old rookie. He roamed centerfield and hit 20 homeruns and earned himself the Rookie of the Year honors. Just a few years later, in 1954, Mays won his first MVP Award and led his Giants to a World’s Championship.
Since I cover an American League team, I will only be able to post a vote for the American League Awards, but since I have your attention, I will quickly post my top-3 rookies in the National League. I am sure this will turn into a 2-man race between a catcher and a right fielder who faced off in the NLDS, but I am not choosing either of them. 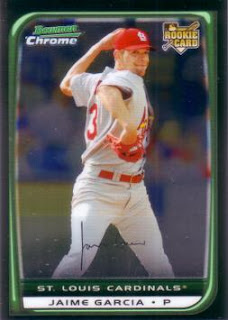 My top rookie in the National League is St. Louis Cardinals starting pitcher Jaime Garcia. I love the story of a 22nd round pick coming in and pitching as dominant as Garcia did. He wasn’t on many people’s radar this year – he didn’t have big stats in the minors, but the left hander from Reynosa, Tamaulipas, Mexico delivered for the Red Birds this year. He started 28 ball games, struck out 132 batters and posted a mark of 13-8 with a low, low 2.70 ERA. 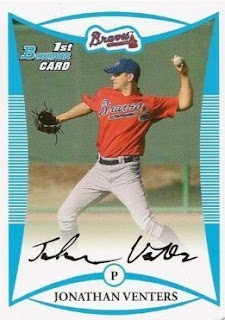 Placing in second is another lefty, but this one pitches out of the bullpen. I can see this guy taking over the closers role in Atlanta in 2011. I am speaking of Braves reliever Jonny Venters. He appeared in 79 games, pitched 83 innings and struck out 93 batters. He also posted a 4-4 record with a low, low, low 1.95 ERA. I think this 25 year old from Kentucky has closers stuff and with the retirement of Billy Wagner, he should get his chance next year. For now, he is a solid set-up man and as a rookie he appeared in more than half of his team’s games and helped them win ballgames and make the playoffs. 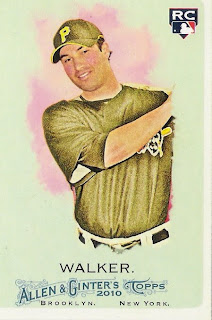 My third place rookie in the NL is Pirates second baseman Neil Walker. During spring training this year I remember saying that it looked like the only player in the infield who had a job secured was Akinori Iwamura at second base. Obviously I was wrong and Aki flamed out quickly in the NL. Neil Walker was given the task of stepping in at second base even though he had NEVER played the position as a professional before. He didn’t make the Pirates squad out of spring training, but got some practice at second base with AAA Indianapolis over 43 games. With Indy he hit .321/6/21 while playing surprisingly decent D. Walker was a first round pick in 2004 who had been written off as a bust, but he was able to carry his AAA hot hitting over to the big leagues. In 110 games with the Bucs Walker hit .296 with 12 homers and 66 RBI. The Pirates are still the worst team in baseball and will go nowhere without pitching, but you can add Neil Walker to the core of young talent in Pittsburgh in the field.
Honorable mentions go to Rockies starter Jhoulys Chacin, Ian Desmond, Chris Johnson, Starlin Castro, Jason Heyward and Buster Posey. 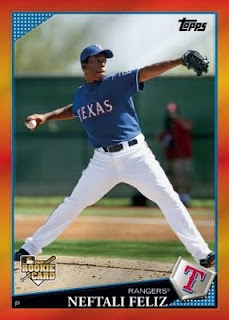 Now onto the American League, where my vote matters. This choice was a total no-brainer for me. My vote is cast for the Texas Rangers 22-year old closer Neftali Feliz. Like Neil Walker, Feliz had to jump in and change his role after the flame out of an established star. Frank Francisco WAS the Rangers closer at the start of the 2010 season and Feliz was figuring to be a spot starter and middle reliever, but Francisco blew some games early and manager Ron Washington made the decision to place Feliz in the closers role. It was decisions like this that helped earn Washington the BBA’s Connie Mack Award for Manager of the Year. Feliz blossomed in this role, he was an All Star, and he led the AL in games finished with 59 and set a rookie record with 40 saves. I saw him hit 100 MPH in person in the ALDS against Tampa Bay and he can deal! He appeared in 70 games, had a 4-3 record and a 2.73 ERA. He also struck out 71 batters against only 18 walks and he is only 22. I would still like to see him get his shot as a starting pitcher, but as a closer he is one of baseball’s best as a rookie. 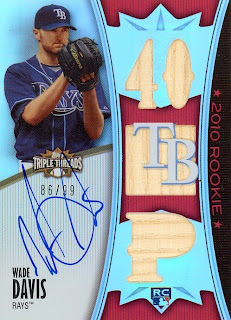 Since I am a total homer for the Tampa Bay Rays my selection for #2 could have easily been my #1 had Feliz not been so dominant. For second place I am choosing Rays starter and Lake Wales, Florida native Wade Davis. Davis was my preseason favorite for this award, but a 5-9 start wiped him from consideration. The thing is, as other rookies faded after the All Star break, Davis flourished. He was 7-1 with a 3.22 ERA in the second half of the season and finished at 12-10 with a 4.07 ERA. With his dominant second half, when his team needed him most, Wade Davis is a clear choice for second place as AL ROY. 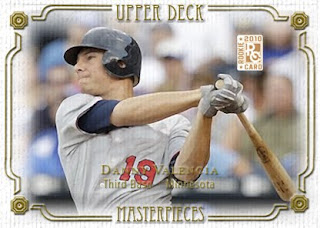 As my third and final choice I could have easily gone with Davis’ battery mate John Jaso, but instead went with Twins third baseman Danny Valencia. A 19th round pick who spent 5 seasons in the minors, Valencia was called up and jumped right into the infield and gave the Twins some much needed offensive pop. He only played in 85 games, which precludes him from being considered higher than third place, but what he did in the second half impressed me. A .311 batting average with 7 homers and 40 RBI definitely helped the Twins win the Central this year and for that he is my third choice for AL Rookie of the Year.
I will hand out honorable mentions to Rays catcher John Jaso, Rays infielder Reid Brignac and Tigers outfielders Austin Jackson and Brennan Boesch.
That concludes my ballot for the BBA’s Willie Mays Award for the Top Rookie in 2010. There are more Baseball Bloggers Alliance Awards to hand out, so stay tuned! Thanks for reading. I love this game! Go Rangers (or whoever is playing the Yankees). Troll out.
Posted by Collective Troll at 1:25 PM