Moving a First Time Trader to the Front of the Line...

This wasn't really a trade. Last week I posted some packs of space cards and Spankee from My Cardboard Mistress claimed them. I told him I didn't want anything in return, BUT that I wouldn't ever refuse cards. 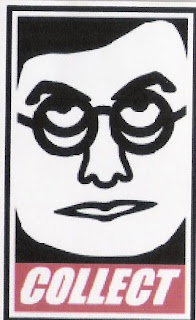 Well, he sent some rad cards and some other goodies too... I received his infamous calling card AND a SWEET Nasa sticker AND a NASA pen too. 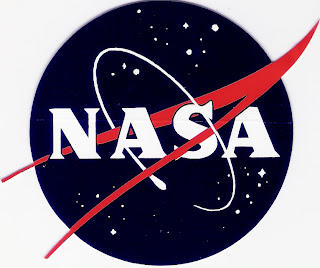 I think this is the first time I ever got a pen in a trade package. I didn't scan the pen. It says NASA on it, BUT it isn't an astronaut pen. Like I said, I didn't need anything in return, but he said "Take the pen!" and I did. Here is what else I got...
A very cool looking Toby Hall Just Minors 2K card. I really love the look of these. 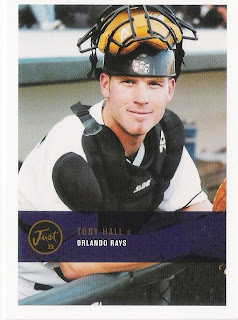 He included a bit of Bowman including this numbered (125/150) BLUE rookie refractor of Alexander Colome. 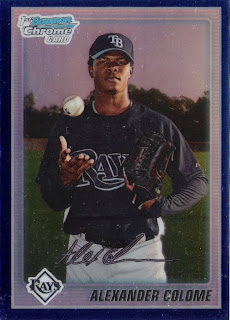 Alexander Colome is the nephew of former Rays pitcher Jesus Colome and he throws smoke.
The other Bowman inclusion is ten years older and shows current Rangers centerfielder Josh Hamilton. 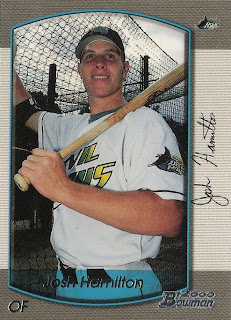 Hamilton would never work out as a Devil Ray, but it is reassuring that the Rays top pick in 1999 made it.
They did pretty well with their 2nd pick that year, netting Carl Crawford with that one. Spankee included some sweet CC cards that I didn't have yet. 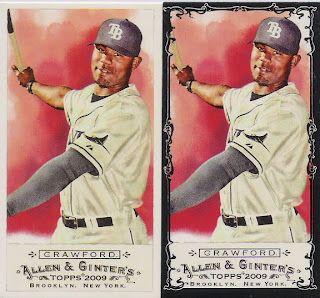 A pair of miniature 2009 Allen and Ginters - an ad back and a black bordered mini. Nice! He also sent a 2010 Topps T206 Bronze version of Crawford. 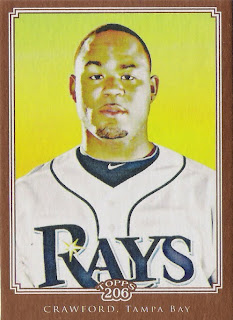 I don't like the hatless style of this, but I am glad to own it!
I will end this "trade" post with a sweet and shiny blue refractor of Rays centerfielder BJ Upton. I love refractors, but I am becoming a bit obsessed with the blue ones making this one really great. 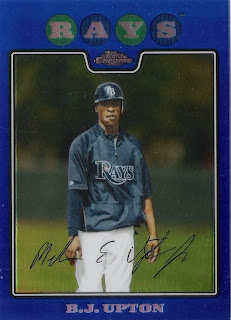 Making it more interesting - I believe that Spankee went to high school with the Upton Brothers. Very cool. You definitely need to check out the My Cardboard Mistress blog - if not to check out his wantlists and posts, then to see his hilarious blog header... I might actually collect golf cards if I could pull that... Thanks so much for the great cards Spankee!!! Go Ra(y)ngers! troll out.
Posted by Collective Troll at 1:28 PM