Rays Versus Rangers, PAYBACK!!! A Cardboard Tribute to MY Team! 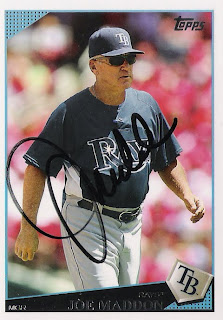 The game starts VERY soon. After yesterdays pathetic showing against Cliff Lee (hats off to you Mr. Lee) today is a MUST WIN for Tampa Bay. As a fan, I blame myself. Maybe the Rays lost because they didn't get their normal support from this card fan blog. I am not going to recap yesterday, I would much rather forget it. I want to start fresh today and see the Rays jump on CJ Wilson early! As a fan I have to put my trust in Joe Maddon, our fearless leader. I didn't like the looks of the line-up yesterday with two sub-Mendoza-line bats in the starting lineup. Today, for a second day in a row Maddon is giving the start behind the plate to Kelly Shoppach. It seems silly to me, but Maddon is a genius beyond my level of comprehension. I REALLY hope it works out Joe! Willy Aybar has been activated for the rest of this series and Rocco Baldeli has been deactivated for health issues. Seeing Rocco up with 2-outs and the bases loaded yesterday was riveting. He is one of the most popular Rays EVER and I wanted him to be a hero SO BADLY. 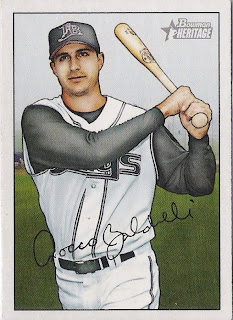 I am glad he got a start in front of the home crowd though... Okay Rays, lets get pumped! Here is a favorite card of mine of each of the 10 guys getting the start and the chance to even the score... Here they are-a 10-card tribute to the starting line-up for the Rays...Here's the Rays' lineup for Game 2:
1. Jason Bartlett, shortstop (You need to set the table JB, come on!) 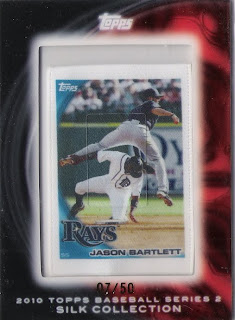 2. B.J. Upton, center field (Smooth as silk, thanks so much Wicked!) 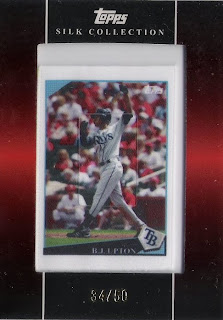 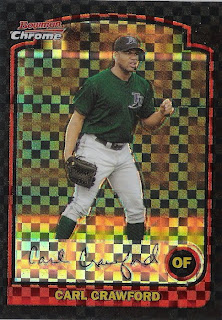 4. Evan Longoria, third base (A one of a kind card of the games best third baseman, do what you can do Longo! Happy 25th Birthday, lets celebrate!) 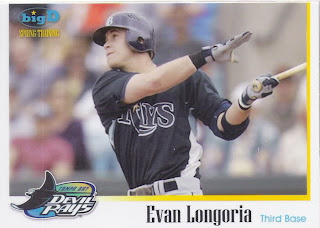 5. Ben Zobrist, first base (Zorilla hit his first playoff homer as a right fielder, now he gets his first start at first base...Looking for even more power!) 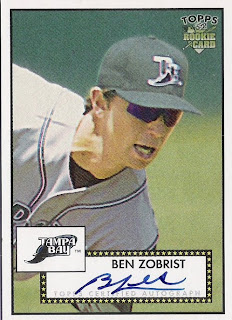 6. Willy Aybar, designated hitter (All you need to do is HIT Willy!) 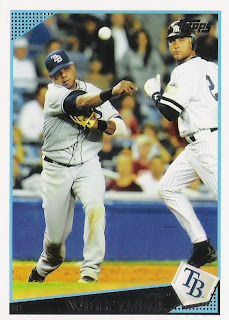 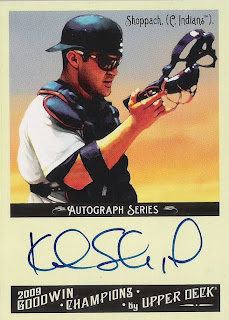 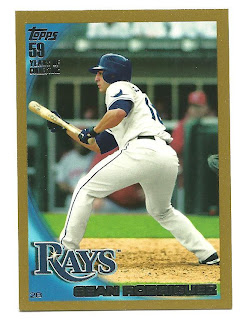 9. Desmond Jennings, right field (Des J gets his first playoff start and I am EXCITED!) 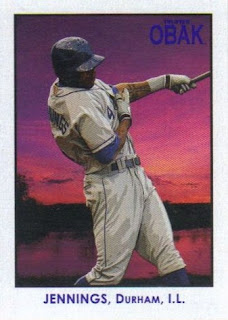 and on the hill it's Big Game James. 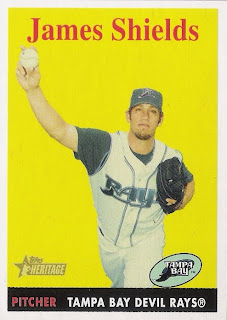 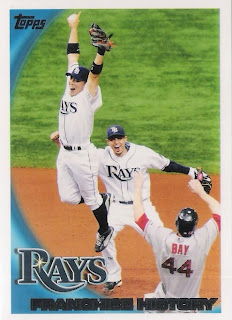 I really hope the scene in a few hours looks more like this and less like this... 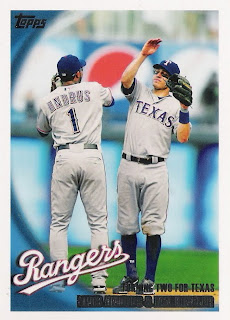 Brian and Spiff - you boys want to get a bet going? I am in, even though we spotted you guys one... Thanks for checking out my cardboard tribute to the starting 10, I am behind you guys, LETS DO THIS!!!!!!!!!!!! First pitch in 10 minutes...Get it done for the SOLD OUT crowd. By the by, best of luck to the Twins tonight, beat them freaking Yankees! GO RAYS!!! Troll out.
Posted by Collective Troll at 2:57 PM