The 233 different baseball blogs which make up the Baseball Bloggers Alliance have spoken and made their selections for the top pitchers in baseball. The BBA announced today the winners of the 2010 Walter Johnson Award. 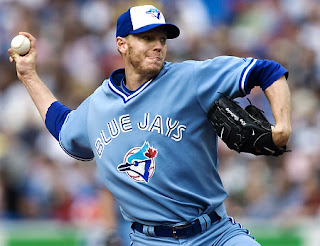 In the National League Roy Halladay of the Philadelphia Phillies was chosen tops on every chapter ballot to earn the honor.
In the American League David Price was given one first place chapter vote, while CC Sabathia received 3 top nods. 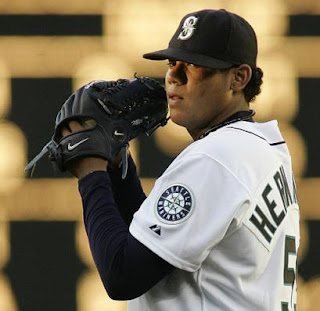 Still, Seattle Mariners starter King Felix Hernandez was the resounding choice in the AL receiving 17 out of 21 first place votes.
The end vote in the American League closely resembled my own ballot, but I had left out Minnesota’s Francisco Liriano in favor of Tampa Bay’s Matt Garza.
Congrats to Doc Halladay and King Felix on being named the 2010 BBA Walter Johnson Award winners.
When the BBWA votes for their own award – the Cy Young I would be shocked if Roy Halladay isn’t an overwhelming selection. I do hope the BBWA has the courage to vote for King Felix as their Cy Young.
Go Ra(y)ngers! Troll out.
Posted by Collective Troll at 8:21 PM