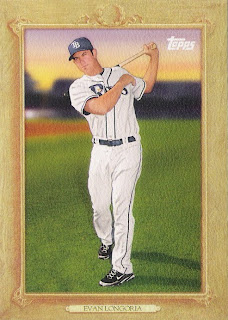 I went to the Post Office right after class today and the cards I was waiting for still have yet to arrive, but the contest will NOT be delayed any further. The contest will be up by 8PM (Eastern Time) tonight. In the mean time I want to show off some new 2010 Topps cards so I can put them into the binder. I will begin with some goodies from Joe O. in Illinois. Joe and I worked out a trade for some base cards he needed for the set, in exchange I got a TON of inserts I needed. I am still chasing almost all of the insert sets. You can find my list of needs HERE. I am nearly out of dupes right about now, but I may have some other stuff to offer up in trade. Anyway, Joe sent over this George Sisler Peak Performance insert, card #PP22. That card pushes me past the halfway mark on my needs list. I am still looking for Peak Performance cards numbered:1,2,5,8,14,17,18,19,23,26 and 27. Back to George Sisler… He held the MLB record for hits for 84 years until Ichiro came along and topped his total by 5 hits playing in 8 more games. 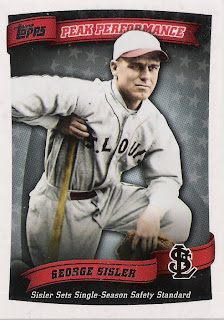 Gorgeous George batted over 400 twice, including a .420 average in 1922 when he won the MVP Award. Primarily a first baseman, Sisler also owned a career 2.35 ERA in 111 innings on the mound. He went into the Hall of Fame in 1939. He is one of many, many guys named George in Cooperstown. On that topic, to the best of my knowledge, there is no one named Mark or Marc or Marck or even Marcus or Marquis in the Hall. David Mark Winfield is as close as we get… 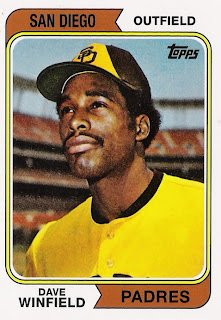 That really needs to change, but I can’t really think of a good candidate. Okay, I drifted a bit… Let’s get back on track with some Yo Mama cards. I don’t know why exactly, but I am really getting into the Yo Mama chase. Joe sent me this one, card # CMT-30 of 1981 Eddie Murray. 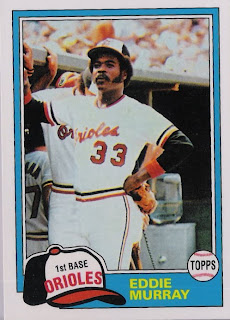 He also chipped in one each from the HOTG set as well as Legendary Lineage. I found the pairing of Cobb and Granderson to be a little bit of a stretch, but now that he is in New York, it seems even sillier. I do like how they compare each player’s career stats on the back. Granderson isn’t too far behind Cobb in the homerun department, but he is over 1600 RBI behind and about 95 points behind in batting average. 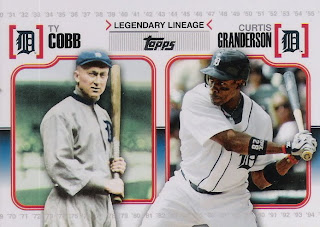 Still, with all of my beefs with this set, I REALLY wanna finish it off. Including a few that are pending, these are the Lineage cards I still need: 2,8,13,16,17,18,19,21,23,25,28 and 30.He also chipped in some History of the Game cards, too, but I am going to jump right to the stack of Turkey Reds. I didn’t expect to get very far at all in this set, but so far I have been pretty lucky. I think that everyone loves the Reds and I am no exception. Outside of Rays cards I have never tried to chase Turkey Red before, but I am definitely all in in 2010. Joe sent 4 of these great inserts. 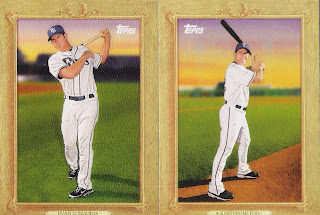 A pair of young sluggers with ties to Tampa Bay as well as a Hall of Fame slugger and a promising young hurler. 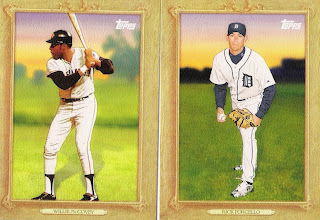 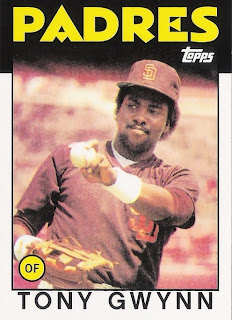 Gwynn hit 300 or better in a remarkable 19 straight seasons. Back in the day I had at least 20 copies of this card, but none ever looked this good. The black on the top was also chipped right out of the pack. Next are a couple of cards that I don’t own and have never had 20 copies of. 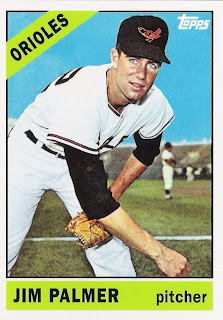 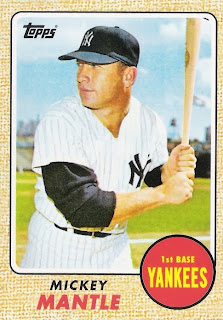 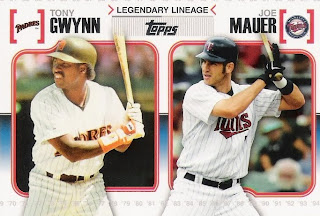 They have both won multiple titles, but I think the similarity ends there for me. That concludes this 2010 Topps Showoff, but it doesn’t conclude this post. He sent over a bunch of cards for my Rays team set needs over the years, but I wanted to focus on these 2009 Upper Deck cards because I am pretty into this set right now. I don’t have a want list for these yet, but I know that I don’t need these! 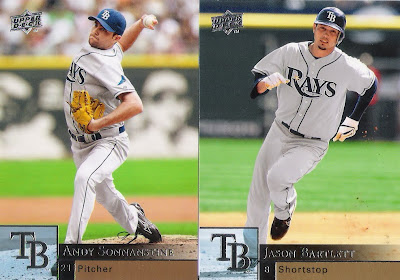 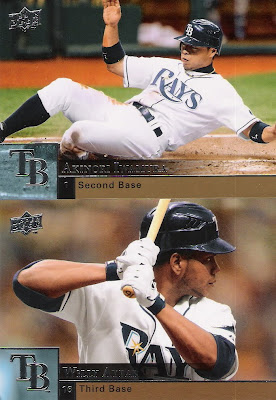 Finishing off with Matt Garza from series 1 along with a couple of guys who begin the season on the DL-JP Howell and Matt Joyce.

Also from series 1 of ’09 Upper Deck is a card that I needed from one of my favorite insert sets of the whole year, the OPC previews. I already had the Pena, Upton and Crawford from this subset-now I have the Longo to go along with them. 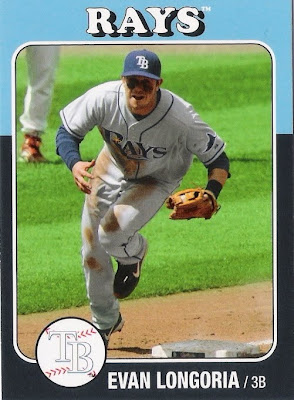 The last card I am going to show off from this super package from the Hand Collated blog is from 2008 Topps Updates. This is another insert set that I thought I was done with, but cards just keep on popping up! To go along with the Navarro, Crawford, Kazmir, Upton, Garza and Aki cards I already have from this set, I can now add a Game Worn Jersey of current Rays coach Rocco Baldelli to that binder page. 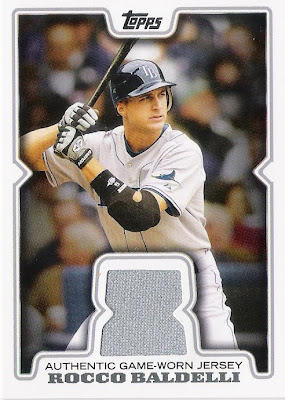 Huge thanks go out to both Joe and Scott for all of these great cards! Thanks so much guys! I may sneak in another post prior to the contest, not sure yet… The contest will be up between 6 and 8 PM tonight, so keep on checking back. Hopefully this week I will have the time to scan up some great packages I have received recently. Reds and More, My Past Time, Heartbreaking Cards, Stale Gum and Jacob Marley have all sent me mindblowingly awesome packages that I am dying to post. Thanks for reading! Get in touch if you have ANY cards from my 2010 Topps inserts list… Oh, speaking of 2010 Topps-I just received my first SILK Rays card replacement. 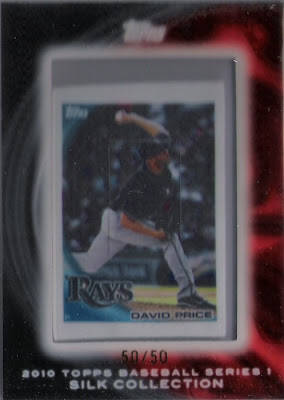 It is of Rays #4 starter, left-hander David Price… That reminds me, the Rays announced their starting rotation yesterday and I have a new favorite website for Rays News. It’s brand new, but I think it’s gonna be pretty cool. Check out TB Rays News dot com and tell ‘em the Troll sent ya! Go Rays! Thanks Scott and Joe! Troll out.
Posted by Collective Troll at 3:20 PM