Baldelli is Back From Boston!

Welcome back Rocco!
One year away from Tampa Bay was enough for Rocco Baldelli. He has returned to his original team after a one year stint in Boston. He isn’t playing (yet), but rather will be working as a special instructor during spring training for the Rays. 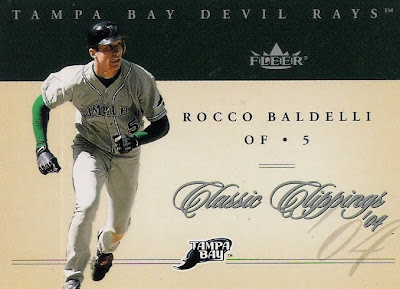 After appearing in the World Series with the Tampa Bay Rays in 2008 (and hitting a home run in the losing effort) Baldelli wasn’t re-signed by the Rays. He left Tampa Bay in favor of Boston in January of 2009. He played in 62 games for the Red Sox last year, batting .253 with 7 homers. He was not included on the Sox postseason roster and wasn’t offered a contract for this season. He had some teams interested in signing him for 2010, but he is hampered by a shoulder problem which may require surgery to repair.
Prior to the 2008 season he was diagnosed with He was diagnosed with the cell disorder channelopathy, a condition that has prevented him from being an everyday player in the majors. Beyond that, last year he missed time with ham string pulls and shoulder problems. He has decided to sit out this season as a player, but at only 28 years of age he feels he has a lot of baseball left in him. 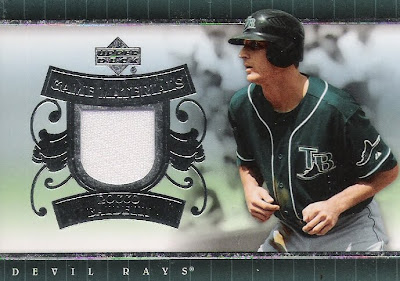 He was originally drafted by the Rays with their first round pick in 2000, the 6th player chosen overall. In 2002 he was selected as Baseball America’s Minor League Player of the Year after batting .331 with 19 homers and 71 RBI with 26 stolen bases while rising from A to AA and finally to AAA. The next season he was a 21 year old rookie for the Devil Rays in 2003. His He batted .289 with 11 homers, 78 RBI and 27 steals. He finished 3rd in the American League Rookie of the Year vote, behind Angel Berroa. Baldelli had more hits, RBI, steals, doubles and a higher batting average than Berroa, but had 6 fewer homers than the Royals outfielder. He played almost a full year the next season and upped his homerun total to 16. 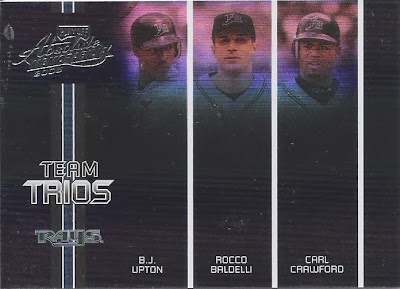 The future looked bright for the Rays outfield with prospects Carl Crawford, Jonny Gomes and BJ Upton all joining Baldelli in the majors. Unfortunately an injury sidelined Baldelli for the entire 2005 season. He returned in 2006 and equaled his career high of 16 homers in only 92 games, while batting .302. The decline in games played has been Baldelli’s downfall. He played in less than 40 games in 2007 and 2008. The talent and ability is there for him to be a superstar, but the health has not been. 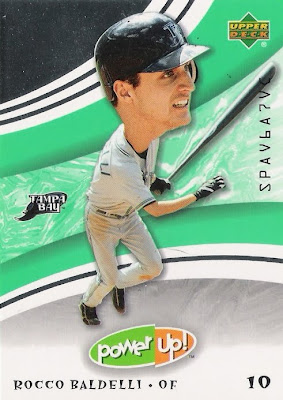 He returns to Tampa Bay today, but not as a player. Still, as a fan it is hard to not be nostalgic at the sight of number 5 back in blue. Baldelli will serve as a special assistant coach helping minor league players on base running and outfield defense during spring training. It hasn’t been determined yet if he will join the coaching staff at the major or minor league level during the regular season. He may find his shoulder is healthy once again and try to earn a spot on the team. I personally would rather see him wearing #5 than the other guy this year… Welcome back Rocco Baldelli! Go Rays! Troll out
Posted by Collective Troll at 7:29 PM