This is the second (of many) blogger generosity posts. You guys rock, case closed. Something bad happened to me and my collection and all of the support, emails, letters and packages have been amazing. I feel really special. Y’all can stop now. Ya can. Today’s super package comes from Thorzul Will Rule. Thorzul, the guy who hates trade posts. The guy who is running a 2008 Baseball Heroes group break right now and is still looking for a Blue Jays, Rockies, Nationals, Rangers and Diamondbacks fan to scoop up the last 5 slots. I really can’t believe no one has claimed the Rangers yet with all of the Texas fans and Rangers blogs out there. Anyway, back to the package of supreme (ruling) kindness. There were 5 cards in a padded envelope with a simple note that read “Hope these help ease the pain-Thorzul”. 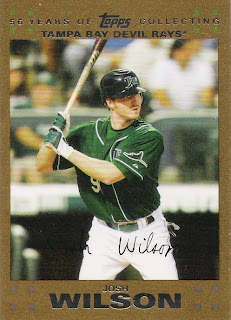 They did and thank you! Thorzul recognized what I had lost and attacked the problem head on replacing two Gold Rays cards that I had lost. 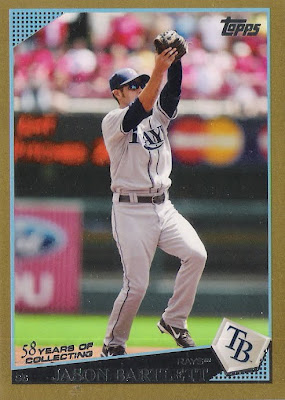 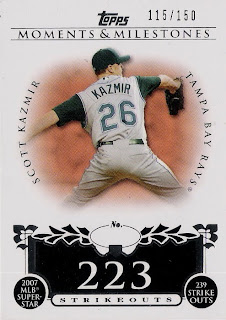 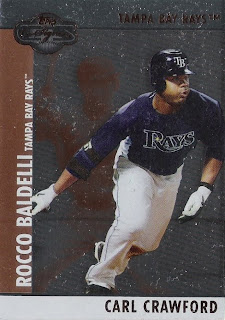 He also included, from 2008 Topps Co-Signers, card#017 of Carl Crawford and Rocco Baldelli. This card is serial numbered 084/300 and looks far better in person than it does on the scanner. 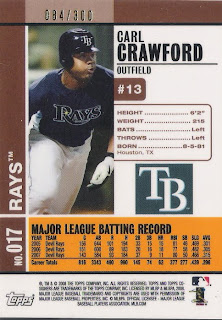 The final (and yes, I did save the best for last!) card is from 2009 Topps. It is from the Career Best subset which has seriously been growing on me of late. It is an autograph of Akinori Iwamura. My favorite former Rays second and third baseman. I have been lucky enough to accumulate quite a few Aki autographs this past year. I lost several a few weeks back, but I can replace one with a much cooler card. 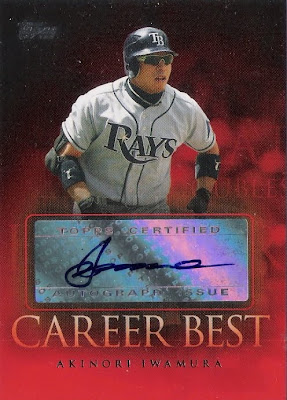 I love reading each players personal bests. I was surprised that Aki never stole more than 1 base in a game and never had more than 2 extra base hits, but I was also surprised that he had a 5 times on base game and had 7 total bases 3 times and also scored 4 runs in one game. 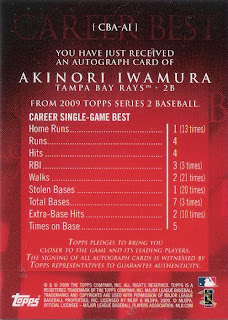 These cards are neat! Thanks so much to Thorzul and all the awesome blogger brothers and sisters who have helped me out! I do appreciate it! Go Rays! Troll out.
Posted by Collective Troll at 11:45 PM