The Nightmare is Over, The Monkey is Off My Back, I Can Now Sleep at Night Once Again...AKA The Bip is Back! 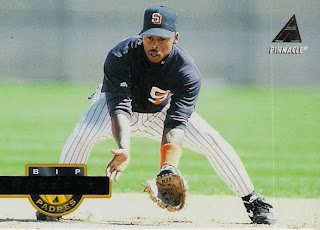 Does anybody out there remember Bipping? It was all the rage for a while. If ya don't remember, please hop in my blogger time machine with me and flash back to January of 2010. Bipping was a craze that took off like the Macarena and then disappeared just as quickly. When Bippings first began surfacing I felt left out that I hadn’t been bipped and then BAM! I was attacked 3 times within the course of a week. I ended up issuing a couple of Bips myself (in self defense) and then, like I said, it was gone as quickly as it came. The thing is I never posted the first and worst Bipping I ever endured. It happened to me back in December. I was suffering through all kinds of car troubles and was knee deep in the group pack break that wouldn’t go away. I had packages coming in daily and wasn’t able to keep up with opening my mail. I received an oversized envelope from the West Coast, but had to let it sit in my dining room for nearly two weeks before I finally ripped it open. It should have a label that read “perishable fad enclosed”. Even if it had, I would have still waited till long after the joke stopped being funny to tell it. That is just my luck that is how I roll… I am always a day late and a dollar short, it defines who I am. That said, please bear with me while I roll out a blast from the past. I should have titled this post “remember January 2010” because that is how far we are rolling back. When bloggers assaulted other bloggers in the name of the great(?) infielder Leon “Bip” Roberts. I have a tough time remembering what I did yesterday. I certainly can’t remember to bring both a flash drive and my computer to work. I did misplace the memory card with these photos on it for nearly two months, but I can still remember when Bippings were the rage. 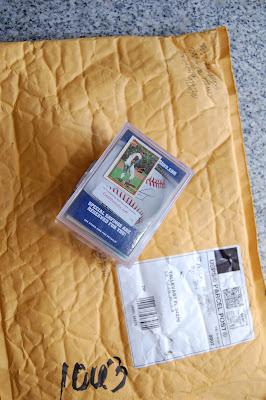 Even though the fellow blogger who sent this package to me did so with malicious intent, I still feel badly that it has taken so long for me to finally post it. I wasn’t trying to make myself feel like less of a victim waiting for the fad to pass, in fact the issuer of this Bip accomplished their goal because a day has not gone by where I didn’t lay awake in bed wondering how and when I would post this Bipping, what I did with the memory card and why this blogger chose me as a target. Yeah, he is totally in my head. Worse still, as with all other Bippings, on top of the Bip cards, there were a ton of other really awesome cards included in the package. 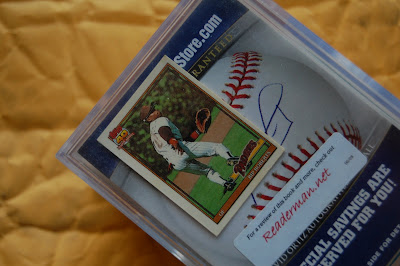 Of course, I can’t post or even acknowledge those cards until this parent post is taken care of. Again, this blogger is in my head. He owns me, I am powerless. He controls what I can and cannot post. He is a cruel master. So often I have begun a post, grabbed for a card to use and realized that card came from THAT PACKAGE. The unposted one, the BIPPING. Well, I will be a slave to you no longer cruel master! I am breaking the chains and reclaiming my freedom. I am posting a Bip package in (late) March and I don’t give a duck. I am a brave man. This is the envelope and this is the card case that was inside of it. It was a gigantic oversized mailer with a large sized hard plastic case in it. There was a tiny card showing through the clear Lucite. I had no suspicions when I opened the envelope. I never expect the worst in people. 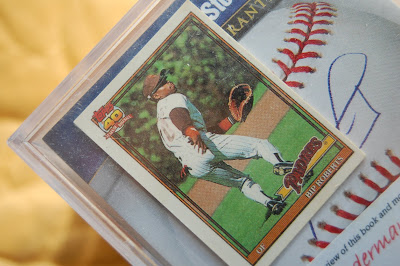 I opened it innocently and I remember thinking to myself as I noticed the tiny card, “Wow, I have never seen a Rays mini that small”. Little did I know, it was NOT a mini of a Rays player. Oh no. It was an inch high card of the most heinous infielder to play major league baseball. The harbinger of doom, the bearer of bad news, Bip Roberts. This image has haunted me for 2 months. Ever since that evil blogger shipped that package to me and I finally opened it, I have not been able to shake the image. Later that week I was bipped by an Owl. 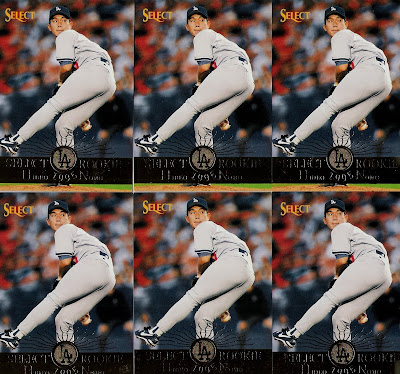 I dealt with that quickly, I posted that attack from that nocturnal bird, I made peace and forgot about it (kind of), but this Bipping has been a monkey on my back since the beginning of this year. I have posted it in my head, I have gotten imaginary closure, but it still returned to haunt me at the very point each night when I was ready to relax and forget the day. That miniature Bip reappeared and hovered over me, taunting, saying mean things about my Mother. I tried to lash back at it, but it was too quick (he was quite a speedy base stealer), but today is the day that I prevail, that I expose this package that has haunted me, the day that I make peace with Bip. Tonight is the night that I take back the night. The night that I expose this evil Bipping blogger and bring everything to light so I will once again feel safe in the dark. Tonight I show you all what I saw that January night. 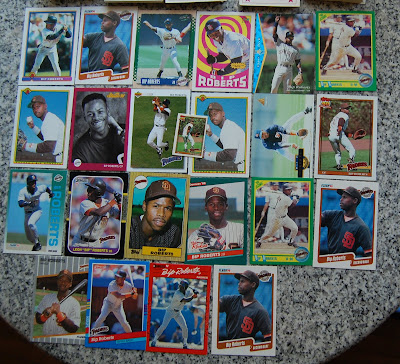 The sender of this awful package was a Bip Roberts fan himself. It came from Rod AKA the self proclaimed King of Leon, the author of the Padrographs blog. Rod had contacted me prior telling me to be on the lookout for a package coming my way. He revealed nothing of the contents in the message. It seemed like a pleasant note and I actually looked forward to receiving the package. Like I said when I saw that tiny card I had assumed that it was a micro mini of Carl Crawford. I never expect the worst in people. I was wrong obviously, it was Bip Roberts taunting me from under a hard plastic shell and when I cracked that shell (opened the box) this is what it held. BIPS!!!! A lot of them. There was a different Bip card for every year I have spent on this earth. 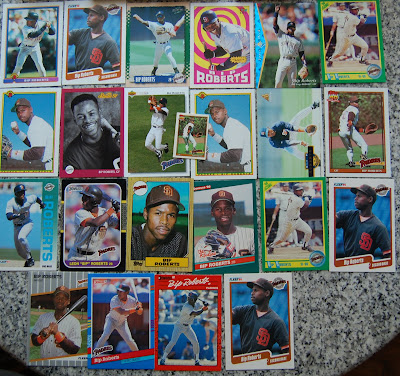 I wondered if he calculated that or if it was just a coincidence. Anyway, I am here tonight to finally expose your evil plot to take down me and my blog, to kill me with Bipness, to haunt me with these cards. I plan on sleeping well tonight. I hope you, the fine folks reading and viewing these awful pictures can do the same. Ya got me Rod and I have suffered under your spell for too long. 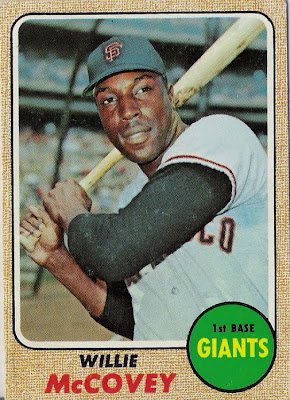 Now I am free! Free at last, free at last! Now I can freely post the amazing, gem mint, razor sharp vintage Hall of Famer cards that I found hidden in between those OTHER cards at included at my leisure. 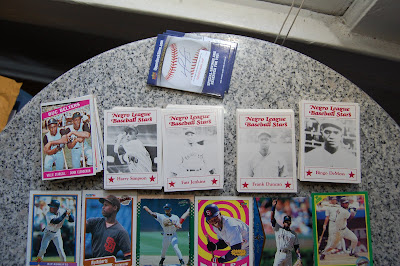 I can also post, one by one, all 93 of the amazing 1986 Larry Fritsch Negro League Cards that you sent and I can free them from being stored with all those OTHER cards. I will start with this shot of Cool Papa Bell screaming back at you, telling you that the monkey is off of my back and you should watch yours! 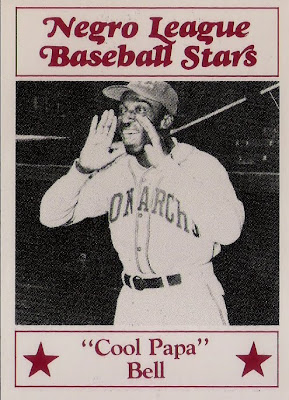 Okay, this flashback to January of 2010 is now over, I feel better, I hope y'all do as well. You can look forward to me showing off the rest of the great stuff he sent, WITHOUT the Bips… Goodbye and goodnight Mr. Roberts, in a weird way I will miss you. Oh, now that this is all out in the open, I feel better and I can finally thank you for the awesome cards...Thanks Padrographs! You rock out loud. Troll out.
Posted by Collective Troll at 11:41 AM