I have been promising to post the vintage cards that I got from Project 1962 all week. I have already shown off the Roy Face 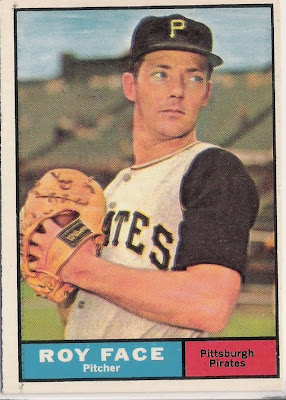 and Larry Doby cards, the Donkey Kong stuff, Rays cards and this amazing Wade Davis autograph, which I am showing off again… 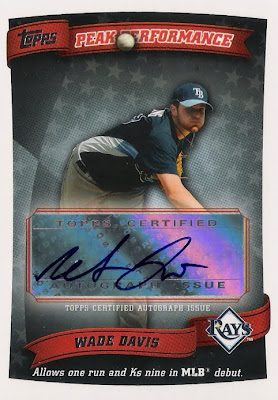 Here are some highlights of the rest of the great vintage Project 1962 shared with me. Since the Rays didn’t start out until 1998, they don’t exactly qualify for vintage, so Chris figured out that my pre-Rays favorite team in the Pittsburgh Pirates with the Chicago White Sox and Baltimore Orioles tying for second. I have already decided that most of these cards will become cards of the day on my other blog, so these are gonna be quick mentions. I will start with the White Sox cards, represented by their All Star lefty Billy Pierce. 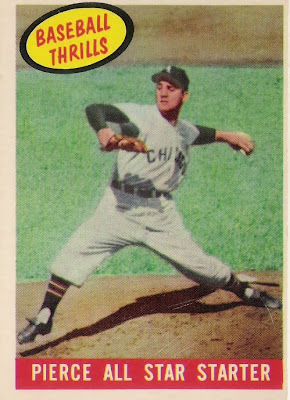 This card comes from the ’59 set, a Baseball Thrills card of Billy Pierce. Pierce has 4 cards (I think) in the ’59 set, which is funny because that was an off year for him. Still Pierce was a 7-time All Star, starting the game 3 times. In 10 All Star innings he struck out 12 of the NL’s top batters. Speaking of All Star pitchers, next up is a 1974 Topps card of Orioles lefty Mike Cuellar. 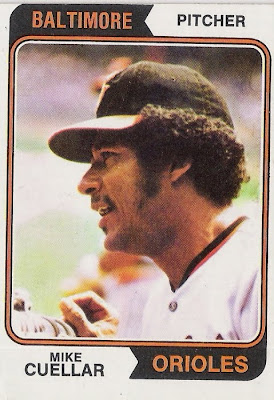 Aside from being an All Star, winning the Cy Young Award, a World Series and posting four 20+game win seasons, in the 1970 ALCS Cuellar batted .500 with a homer and 4 RBI. Nothing like an All Star pitcher smacking a grandslam in the playoffs! That’s a complete player! There are a lot of folks who collect Cuellar, including my buddy Wicked Ortega and I hate to step on toes, so he isn't on the poll, but I don’t mind gathering up a few of his cards… The next few cards are gonna be all Pirates starting with the oldest. I think I have mentioned this before, but I LOVE original Bowman cards. As a kid the Bowman cards of the 50’s were cheaper than their Topps counterparts, plus when my Dad was a kid, that was what he collected. Anyway, I don’t have many 1954 color Bowmans, at least not till now. I will start with card #43 of Pirates righty Robert Bartmess Friend. 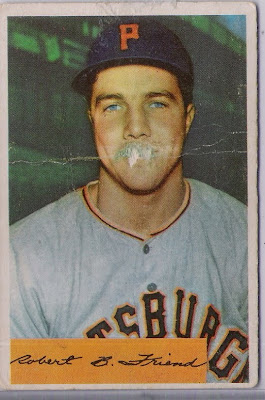 I like any player with a cool nickname and R.B. Friend was known as the Warrior. Although he ended his career with a losing record, he was a Warrior on the mound and battled it out win or lose. He was a 4-time All Star, starting the game twice. He ranks in the top 65 of all time in games started, shutouts and innings pitched. Over his career he led the NL in wins, ERA, shutouts and starts. He was also a part of the Pirates World Championship team of 1960. Whoever owned this card previously obviously didn’t like what the Warrior had to say and tried to silence him, but even without a mouth, his right arm did the talking! Perhaps the most interesting card in the lot is this next one, also from ’54 Bowman, card #203 of Vic Janowicz, also known as Crash (again with the nicknames!). 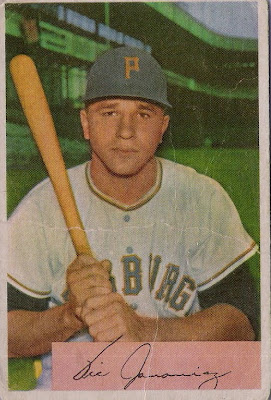 Janowicz was a legendary football player at Ohio State, he won the Heisman Trophy in 1950 and the Buckeyes retired his number 31. Instead of continuing on as football player, Janowicz signed with the Pirates out of Ohio State as one of the original bonus babies. He jumped right to the Pirates and was part of the group of 8 guys who shared the catching duties for the last place Pirates. 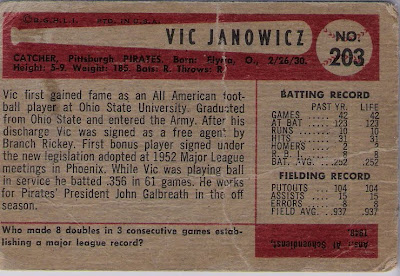 Baseball didn’t exactly work out for Crash and he returned to the gridiron with the Redskins, giving up baseball after two years. During the 50’s the catcher’s position was always a question mark in Pittsburgh, until they made a trade to bring Smokey Burgess there from Cincinnati. 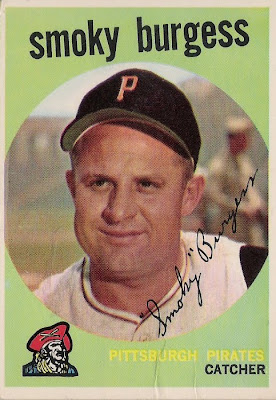 The same trade that also brought them Don Hoak and Harvey Haddix. With an All Star behind the plate and Haddix in the rotation, the Bucs were a more complete team and obviously went on to win it all in 1960. Speaking of 1960 and back to Topps, this is card #20 of reliever Roy Face. I’ve already posted this one, but I wanted to put it up again. 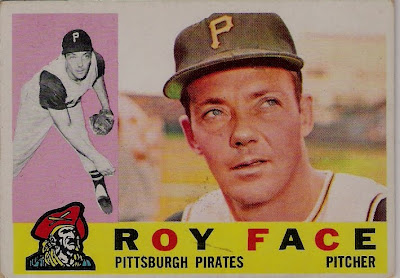 The pink background behind his portrait was an odd color choice, but it makes the card look like a refractor, which makes me like it even more. I am gonna end this post with two more key ingredients to the Pirates Worlds Championship teams. 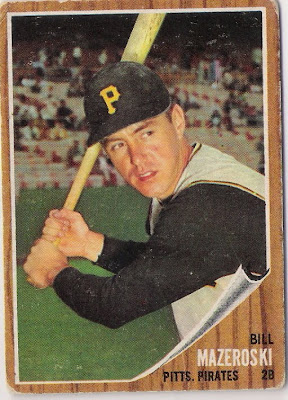 Chris sent a bunch of cards of Hall of Famer Bill Mazeroski, but I am gonna show off this 1962 Topps card since that is the set that Chris’ blog (Project 1962) focuses on. Of course Maz hit the homer that beat the Yankees and provided the defense that kept the Pirates at the top. 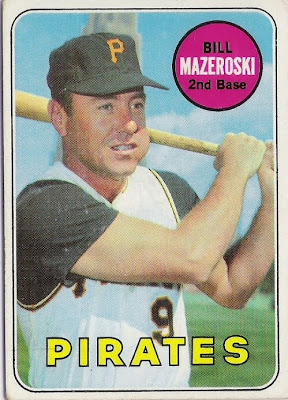 Maz is another guy who in the poll for the next player I collect. Like Larry Doby he is a Hall of Famer with some pricey cards, but if you guys pick him, I will chase him... The last card(s) of this post will be of a guy who wasn’t around for the Series in 1960, but led the Bucs to glory in 1971 and again in 1979. Gotta love Pops! 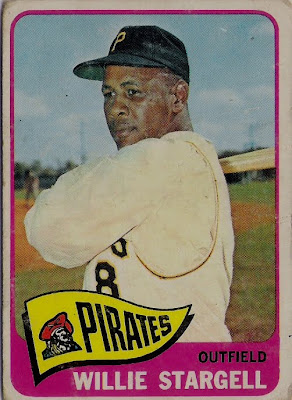 As usual, I need to get back to work. Too many great cards and too little time. A huge thanks to Project 1962 for all of these great cards! Thanks to everyone who has sent me packages of blogger kindness. I will get everything posted. More to come tonight, stay tuned! Check out full front and back postings of these and other great vintage cards on the Troll's brother blog, the Nitty Gritty! I know I sound like a broken record, but if you add it to your blogrolls, there will be posts daily and a contest featuring giveaways you won't wanna miss! Go Rays! Troll out.
Posted by Collective Troll at 2:20 PM