Rays Cards From the Wicked Vault! 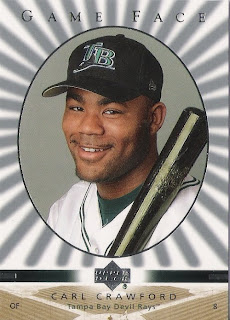 As promised I am going to start delivering some of the Unposted Wonders of my collection which came to me from Alfedo Wicked Ortega. Most of these cards came in trades we did back in 2009, but for whatever reason I didn't have the chance to post everything that he sent. I am trying to get caught up, plus these are all sweet cards that I had never seen before. Enjoy… It has been a long day for this Troll. I think a used car company uses this as their slogan, but life sucks without a car. Walking to school and work sucks. I am losing weight (and I am not a big dude), getting sunburned and wearing out my shoes. Plus, I haven’t been to the post office in two days and I have quite a few packages to ship out…Anyway, I do hope to be able to get some posts up tonight. Here are some goodies from My Past Time…I Love It! Vault. First up is a 2009 Tristar PROjections card of Jeremy Hellickson. This is the first (and only card) I have of Hellickson, who I think is going to be an amazing big league pitcher. The Rays got Hellickson via the draft in 2005 when they chose him in the 4th round (118th overall). The card shows him in his Vero Beach Rays uniform (A) where he was 7-1 in 2008. Last year he made stops in AA and AAA and in 20 starts posted a 9-2 record with a 2.45 ERA. 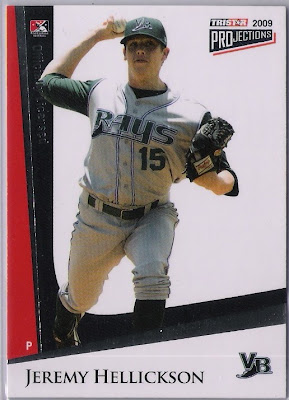 Overall his career minor league numbers are amazing. His record is 37-13 with a 2.71 ERA in 82 starts. He struck out 507 batters in just 461 innings. In those 461 innings he has walked 100 batters and allowed 368 hits. He led the Durham Bulls to a Championship last year and although he has yet to pitch a major league inning, he will be in the mix battling for a spot in the Rays rotation this year. If anyone is wondering, I am a huge fan of Jeremy Hellickson and would like to track down some more of his cards. The remainder of this post will be exclusively Carl Crawford cards. Starting with 2003 Fleer Splendid Splinters, 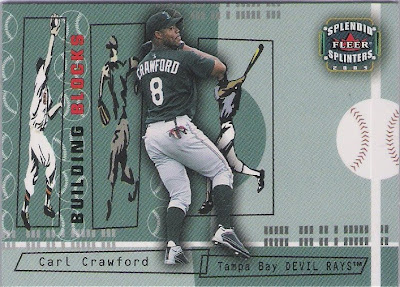 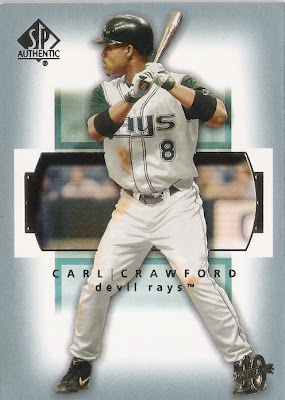 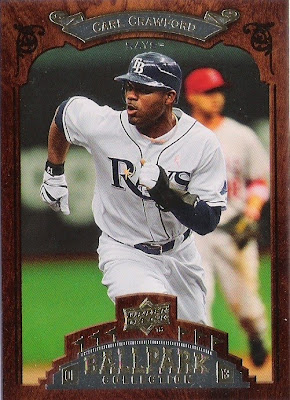 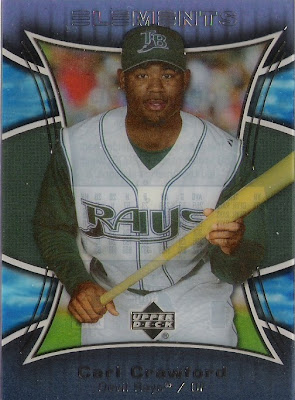 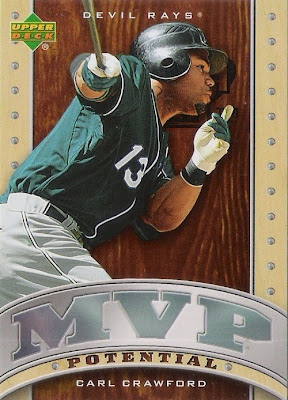 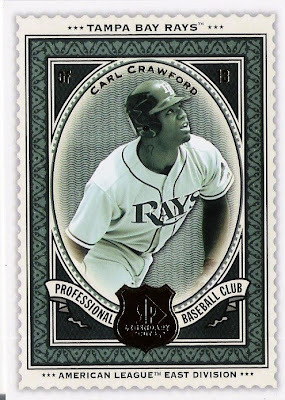 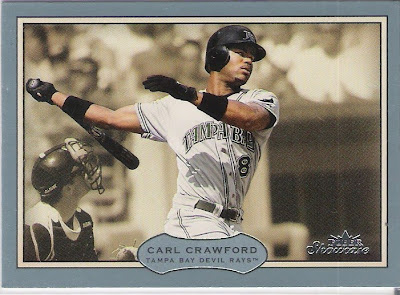 That concludes this session of showing off cards from the Vault of Wicked Ortega. These aren’t all of them by any means; I will try and post them just like this, 10 at a time until I am caught up… Thanks again to Wicked Ortega for all of these great cards! I have more Crawfords, more autographs and more great cards in general that I need to free from the vault and onto the scanner. Thanks to all of you for checking out the Crawford collection. Go Rays! Troll out.
Posted by Collective Troll at 6:22 PM

Labels: Carl Crawford, Jeremy Hellickson, My Past Time I Love It, The Vault