The First Day of Camp 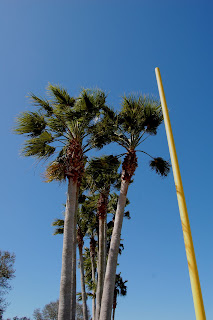 When you see palm trees sitting beside a foul pole, you know you are in Florida. When you baseball topped posts creating walkways, you know you are in a baseball zone. Greetings dear readers, your Troll is just now returning from an afternoon at Pirate City in beautiful sunny (and windy and cold) Bradenton, Florida. Yesterday was the mandatory report date for pitchers and catchers, but it was TODAY that the first on field workouts took place. An 8:30 AM run was expected this morning, but the 40 degree temperatures caused manager John Russell to call that off. I was there just in case, as were about 25 other members of the media and around a dozen fans. We were told that the players would be taking the field at 12:45 PM for the first workout of the year. Personally, I took the extra time to walk my dog and do some homework-others stuck around. I returned to Pirate City at noon. I probably should have stayed because while stopping at home I left my camera bag there. The bag contained my tape recorder and all of my lenses. I had my camera with me, but only an 18-55MM lens. Oops. Nothing was going on at noon, but the number of fans and media had increased times 10. 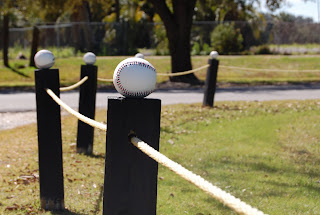 I don’t think I had ever seen so many people at Pirate City before. Sure enough by 12:30 players in full uniform began walking out of the clubhouse and by 12:45 there were POSITION players on the field for calisthenics. I was quite surprised to see so many players showing up early. 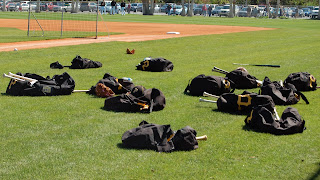 I am going to be posting about every half-hour to an hour today to try and give everyone the feel that they were there. Even without the 500MM F4 lens that I rely on so much, I was able to snap quite a few pictures. 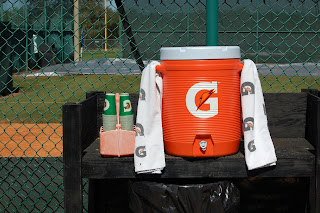 Stay tuned for photos, roll call and even some of my spring time predictions. MUCH MORE to come tonight, so keep on checking back. Pull up a chair and grab a cup of your favorite drink... The next post will include who was there and who wasn't. I love this game!!! troll out.
Posted by Collective Troll at 5:21 PM