The First Ever Collective Troll Group Box Break is Done!!! The Last Pack and the Final Tally...READ IT BABY!!!

This is it. The first Collective Troll junk wax group box break is done and over with. Two months and 90 packs later and we have reached the Final Pack of 1997 Pinnacle X Press. Please scroll down because I have the stats for each team posted along with some important info for the break upcoming. Here we go!
#47 Albert Belle Chicago White Sox (Belle led the American League with 148 RBI in 1996 and he drove in 100 or more runs in each of his last 9 seasons in the Majors averaging 126 per year) #133 Matt Morris St. Louis Cardinals (The former Seton Hall Pirate was the Cards 1st round pick in 1995. He made his MLB debut in 1997 and had a great rookie campaign and finished second in the Rookie of the Year vote behind Scott Rolen. On the mound he posted a 12-9 mark with a 3.19 ERA in 33 starts. At the plate he batted .205 with 6 RBI)
#53 Javier Lopez Atlanta Braves

#129 Brian Giles Cleveland Indians (Giles was a 17th Round draft choice who spent seven years in the Cleveland Indians minor league system. The Indians traded him to Pittsburgh in exchange for Ricardo Rincon before the 1999 season and in his first full season he hit .315 with 39 homers and 115 RBI for the Bucs. Over the next 4 years he averaged 37 homers a year. In August of 2003 the Pirates sent him to San Diego as part of a package that brought them Jason Bay. He hit .191 in 39 games for the Padres last year. He currently has 287 career homers)
#??? Swing for the Fences Game Card -4
#52 John Smoltz Atlanta Braves

#87 Jason Giambi Oakland A’s (Giambi made it into 140 games as a utility man in ’96. He shared time with Scott Brosius at 3rd, McGwire at 1st, Berroa at DH and Phil Plantier in left field. The Oakland A’s hit 243 homers that year and the Giambino accounted for 8% of them. He may have hit more had he spent less time sitting on second base pouting)
Now, stick around for the final tally and some important announcements….
Here are the final statistics of who is getting what cards… In no particular order, this is the breakdown for each of the 28 teams. 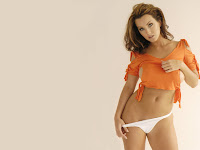 Shannon Stewart says: “Please read on, there is some important stuff here”.
I think that covers every team. It seemed after the first pack that the Braves would run away with the “most cards” crown. They did. Out of 84 packs in the break, 66 of them yielded an Atlanta Braves card. That is 79%. In second place were the New York Yankees with 56 cards, in third place-the Texas Rangers had 54 cards. In 4th place are the Florida Marlins with 51 cards and the Blue Jays took 5th place with 50 cards. The Rockies, Brewers and Mariners were all REALLY close. The worst yield belonged to the Pittsburgh Pirates with 18 cards (21%). When ya think about it, 21% aint too bad. I’ve ripped two blasters without getting a single Rays card before. Everyone’s packages have been shipped and should be received shortly. I have NOT shipped the Phillies, Rockies or White Sox. If you had those teams, PLEASE get in touch. You have till Monday to send me an email. If you DON’T, the cards from your team will go into the second break and … Just get in touch, okay? The next box break will begin shortly. My parent’s scanner bit the dust, so I am a Troll without a scanner. I want to get one for home before I begin the next break.

The next one will be run MUCH differently. I will NOT be posting all of the packs. I will post the first pack from each box and any packs that have hits in them. Then, I will post all of the highlights and the break-down of how many cards were pulled for each team. One of each pack will also be posted on A Pack to be Named Later and the link will be posted here. There are more than twice as many packs in this break compared to the last one, plus there will be a lot more variety since the packs will range from 1989 up till 2009 and maybe even a few from 2010 if those ever appear in my neck of the woods. With regards to the newer teams in MLB, the Washington Nationals will go to the person who claimed the Montreal Expos. I (the break moderator) will take the Tampa Bay Rays and Arizona Diamondbacks and any cards with multiple players from different teams. This break is complete.

The next break (which is called Group Box Break 2010 in tags) will commence as soon as I get a scanner. I should note that when I shipped everyone’s cards yesterday a few of you got selected for bonuses beyond random cards. I included a total of 5 relic cards and 5 autographs randomly with your cards. I will try and do the same thing with the next break. I might post the total from the post office receipt as a warning for anyone else planning on doing this. It has been worth it. I have had a blast, met some new people and lessened my card load by about 1,000 cards (in addition to all the break cards), so I am pretty happy. I will NOT be doing anymore breaks after spring training starts. It’s been fun, but I want to keep the blog available to post “Rays win, Rays win!” Before I sign off I need to send another thank you to Adam E of the Thoughts and Sox blog for providing all of the mailers for this break. Thanks Adam!!! Go Rays! Troll out.
Posted by Collective Troll at 11:40 AM