Long Overdue Appreciation and Awesomeness in my Mailbox!!!

Greetings and good morning Trollites! To make up for taking the weekend off I have been treated to 5 straight 18 shifts at work. I am almost halfway through day 2. I am dying. It makes it worse that I am missing spring training baseball. I am an optimist though and I am really just happy to have a job and I am thankful for a great weekend and this is well worth it. The Bombers (Bombshells actually) dropped the home opener, (photo by Keith Wolfe) but we drew a record crowd and the new gals skated great, so we are on the right track. Esther Gin N Juice took home the Star Trophy as best jammer, it was her 3rd. Yep, I am a proud hubby! I also got invited to host a Saturday afternoon radio show. You think I write alot... The BOMBERS have their official home opener on March 7th.
I emptied the post office box yesterday and got more great stuff, THANKS TO ALL!!! I am literally about 60 packages behind in my trade posts. 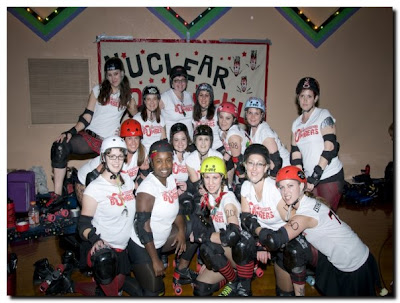 Some might not make it, which stinks, but I will do my best to get them all their proper thanks. I actually have 7 more bippings to post and I due intend on giving them their proper due. One of them came in December I think and he got me GOOD, but he also sent some amazing cards. I need to get that one up. I hope the powers that be will excuse the BIP postings based on my laziness… Anyway, speaking of packages that I got in December, this one came to me from Adam E of the Thoughts and Sox Blog in early December, soon after the first group break went underway. He has since delivered the goods three more times and I think we have another trade happening soon. I recently ran into some Sox related relics from 2010 Topps that I think he will like. ANYWAY… This post is months overdue. 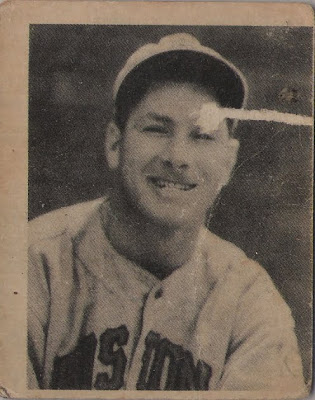 I wish I had taken a picture of the box, it was huge. I think it was a box for an electrical motor, but the package was really light weight. I was very thrown off. When I opened it, the motor box contained about 100 bubble mailers. AWESOME!!! I have already run out of them, but they did take care of the first group break and a few other trades. I just bought some more (at $.69 a pop) so I can finish paying my debts. Along with all of the envelopes, there were some cards in the giant motor box. Let’s start with a refractor. This one came from 2009 Heritage. It was coincidentally the first card out of the first pack of 2009 Heritage that I bought this year. I still contend that Vladdy looks just like Rick James on this card. 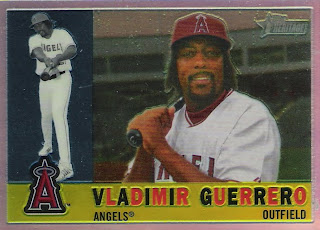 From the set that ’09 Heritage borrowed its design he also sent 3 gems from 1960 Topps including 2 Senators and a Philadelphia Athletic.

I won’t show too much of these now cuz I hope to post them as Cards of the Day sometime down the road. He also hooked it up with a 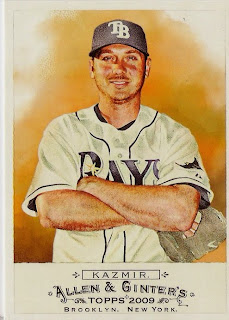 2009 Allen and Ginter Scott Kazmir that helped me get closer to finishing the team set (I still need a Navi SP to finish) and some ’09 Rays O-Pee-Chee cards as well. 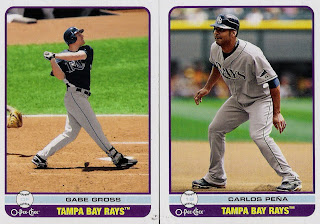 There was a smattering of random Rays cards that I needed, but haven’t had time to catalog yet including this Chad Gaudin Ticket to Stardom, uh, I mean Fleer Authentix. 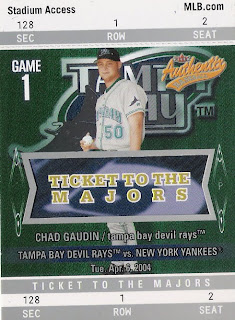 Did I mention this package also included like 70 dollars worth of mailers, plus vintage, plus needs list cards? Adam E hooked it up! I haven’t shown the true gem of the package though-actually I did at the top of the post, but I haven't mentioned it til now... It comes from Upper Deck Masterpieces, a groovy relic of Akinori Iwamura, Captured on Canvas. 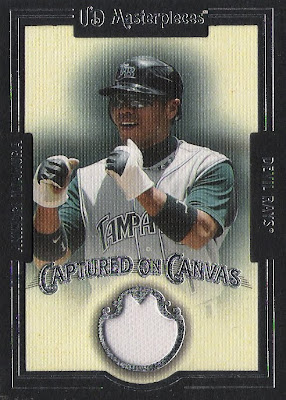 Thanks so much for all of this great stuff Adam! I will have a package for you before the first pitch of 2010, I promise!!! By the by, the 1939 Buddy Hassett at the top of this post is a flashback to the previous awesome trade I did with T and S. If you have any Red Sox or boxing cards you want to deal, or you just wanna drool over his, check out Thoughts and Sox immediately! Cuz (yep, she is back) Shannon Stewart said so! 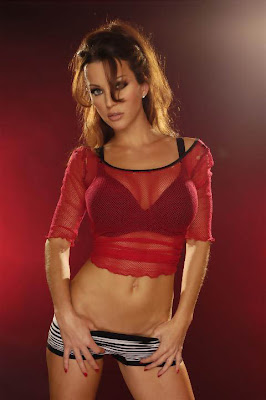 Go Rays! Troll out.
Posted by Collective Troll at 9:27 PM