Greetings Trollites! I took a short nap and have a little break before my last class of the day. We are up to pack #32 of 1997 Pinnacle X Press. There were no cards pulled of Shannon Stewart in this pack, but now that I realize how popular he (?) still is, I will show one more photo before I get to ripping the next pack… This is when Stewart was with the Knoxville Smokies in 1995. Stewart was a first round pick in 1992. Stewart hit 300 or better in 7 of his (?) 14 major league seasons and owns a .297 career batting average. He is still listed as an active free agent, but I don't think he played in 2009, did he? 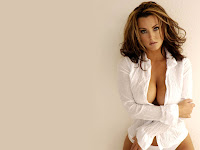 Okay, one more bonus pick of the former Jays first rounder (in the Syracuse Sky Chiefs road whites) and here we go with pack 32:
#70 Dave Nilsson Milwaukee Brewers (Nilsson was 6th in the NL with a .331 batting average in 1996)
#19 Ellis Burks Colorado Rockies
#125 Kevin Orie Chicago Cubs (Orie was the 77th different player to play third base for the Cubbies AFTER Ron Santo left in 1973. He wasn’t the last either…)

#110 Ron Gant St. Louis Cardinals (Gant went to St. Louis as a free agent before the ’96 season. He hit 30 homers for the Cards and they made it to the NLCS, but lost to Gant’s former team, the Braves in 7 games)
Another pack of X Press down! Up next we are gonna go back to 1994 Pinnacle for pack #23. I went to Target, Wal Mart, K Mart and the card shop on the way home from work this morning and nobody had any 2010 Topps. I obviously live in the wilderness. I did pick up 4 more packs of 2009 Heritage to add to the next group break. I really hope they are creased from my local d-bag pack searcher. Stay tuned, cuz Shannon Stewart said so! I am gonna try to wrap up the last 6 packs in this group break TODAY! By the by, the top 2 photos are borrowed and copyright by theinsider dot com. Go Rays! Troll out.
Posted by Collective Troll at 12:18 PM